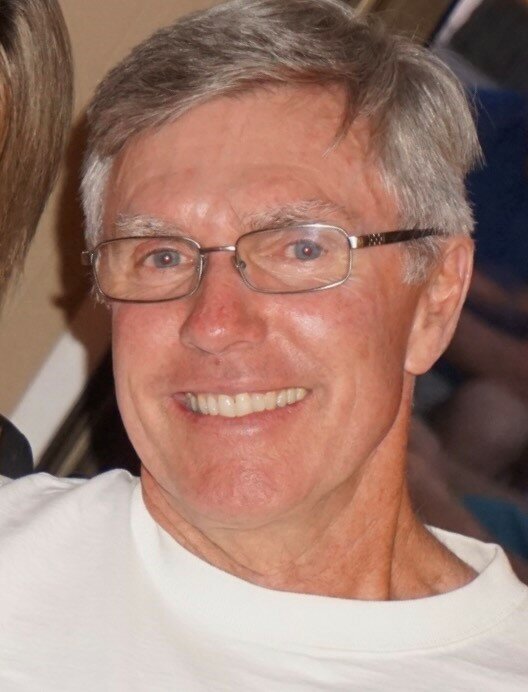 On September 29, 2021, our beloved Don passed away peacefully in the arms of his wife, Renee, and daughters, Katie and Ali. For several days, they and his large tribe of loving family members and friends kept vigil. They filled Don’s final days with stories of his life, singing, and beautiful guitar renditions of his favorite songs. It was a loving, fond farewell, but one that everyone agrees was far too soon.

Don was the firstborn child of Donal and Sheila (O’Dowd) O’Regan, born August 20, 1953, in Cork, Ireland. Don inherited his dad’s natural and mischievous sense of humor, gift of gab, ability to implement good natured pranks, and his parents’ intense and unwavering love of family.

People were naturally drawn to Don; in his presence one always had fun. He was the life of the party, the source of hilarious stories and jokes, a man with a zest for life-- never shy about expressing his enthusiasm-- and a great hugger. Don was easy to find in a crowd; just head in the direction of the hardest laughter.

Don’s first birthday was celebrated aboard an ocean liner crossing the Atlantic from Ireland to Canada with his mom in 1954. His dad had gone  ahead to Toronto to set up a better life for his family. The family returned to Ireland within a couple of years, but soon moved to San Francisco, where they lived until Don was 10. By then, Don had 5 younger siblings. The large brood moved to Summit Road in the Santa Cruz mountains, where Don spent his formative years amidst horses, dogs, mini bikes, and a wonderful band of buddies. Don and his nearest neighbor, Gary Wothers, became best friends for life.

After graduating from St. Mary’s School, Don attended Bellarmine College Prep, West Valley College, and U.C. Santa Barbara, graduating with a degree in Business Economics.  Don loved UCSB and met friends with whom he kept in touch all his life. While there, he treasured the close proximity of the beach and indulged frequently in his lifelong passion: surfing.

Don’s professional life included running his own construction company and eventually becoming a real estate agent. His passion for real estate and genuine concern for people resulted in countless numbers of clients gratefully purchasing and settling into their dream homes.

Don thrived on adventures.  He made it to 49 of the 50 U.S. states, pandemic restrictions delaying a planned visit to Kentucky. Don and Gary traversed the AlCan Highway to Alaska in a VW bus.  Hawaii was always a favorite surf destination. Stories about challenges during a cross country RV road trip with his wife, daughters, and dog Lulu are now a source of laughter and amusement.

Don traveled to 26 countries, from Bali to Australia and New Zealand to Europe, Mexico, and beyond. One of Don’s most memorable trips was taking his family to Ireland for the first time, introducing them to relatives, and walking in places he hadn’t been to since childhood.

Don was incredibly athletic. He was an excellent surfer, stand up paddle boarder, and mountain biker. He co-owned a sailboat called “Happy Daze.” Don was an outstanding skier, once spending a winter in Tahoe as a ski instructor. He once accomplished the feat of skiing and surfing on the same day.

Don’s wife bought him a ukulele for Christmas several years ago, and he embraced the challenge. He joined the weekly Sunday morning ukulele players at Capitola beach, playing for beach goers and bringing friends and family onstage. Don was invited to join a local band, Hoaloha (“friend” in Hawaiian); he had by now started playing guitar.

Despite all that Don loved in his life, nothing compared to the love he had for his family. Don and Renee were married for 29 incredibly happy years. Renee knew from the start that he was the one, and Don described marrying Renee as winning the lottery. Renee cherished Don’s beautiful smile, his laugh, their shared love of goofy jokes, and the pride and love they had for their two daughters, Katie and Ali. When Katie and Ali were born, Don was beyond thrilled. He adored them, and they him. The girls lovingly abbreviated his name from Father to just “Fath”. Don was an involved “dance dad”, attending all of his girls’ dance competitions.

Don was the eldest of 6 children. When their dad passed away in 2012, banter ensued about who would become the patriarch. Naturally, Don prevailed (he insisted), and even though the title was just meant in fun, he truly became the heart and soul of our family. He was the most enthused about family gatherings, the first to arrive and the last to leave, the one who considered Easter (and our no-holds-barred adult egg hunts) his favorite holiday. He loved teaching the next generation how to paddle board, and was looking forward to teaching the generation after. He couldn’t wait for our epic annual family vacation to Pine Mountain Lake.

Don leaves behind scores of people who love him unconditionally; his beloved wife, Renee; loving daughters, Katie and Ali; and two good dogs, Frankie and Finn. Don is indescribably missed by his siblings, Trudy Esrey (Pat), Gerald O’Regan (Diane), Paddy O’Regan (the late John Levy), Kennedy O’Regan, and Brian O’Regan (Dawn); there will never be another patriarch like him.  Don’s multitudes of nieces and nephews loved him deeply, and will remember the magical times they spent and laughed with him. Don’s extended family includes cousins in the U.S., Ireland, and Europe; many of whom lit candles in his honor in churches across Europe. His devoted, dear, cherished friends, as eclectic as a group can be, wish him a loving, fond adieu.

A celebration of Don’s life will be held on Saturday, November 20, 2021, at 11:00am at Twin Lakes Church, 2701 Cabrillo Dr., Aptos, CA 95003. We encourage you to consider the “Wearin’ of the Green” or Hawaiian prints. If you can, please bring a 4X6 or smaller photo of you and Don to place in the guest book alongside your message. Check local guidelines for COVID restrictions. A paddle out in Don’s honor will be held at a later date.

In lieu of flowers, the family suggests making donations in Don’s memory to the Santa Cruz SPCA (https://spcasc.org/tribute-donation-general-ops/) or Ride A Wave (http://rideawave.org/donate.php).

To send flowers to the family or plant a tree in memory of Don O'Regan, please visit Tribute Store
Saturday
20
November