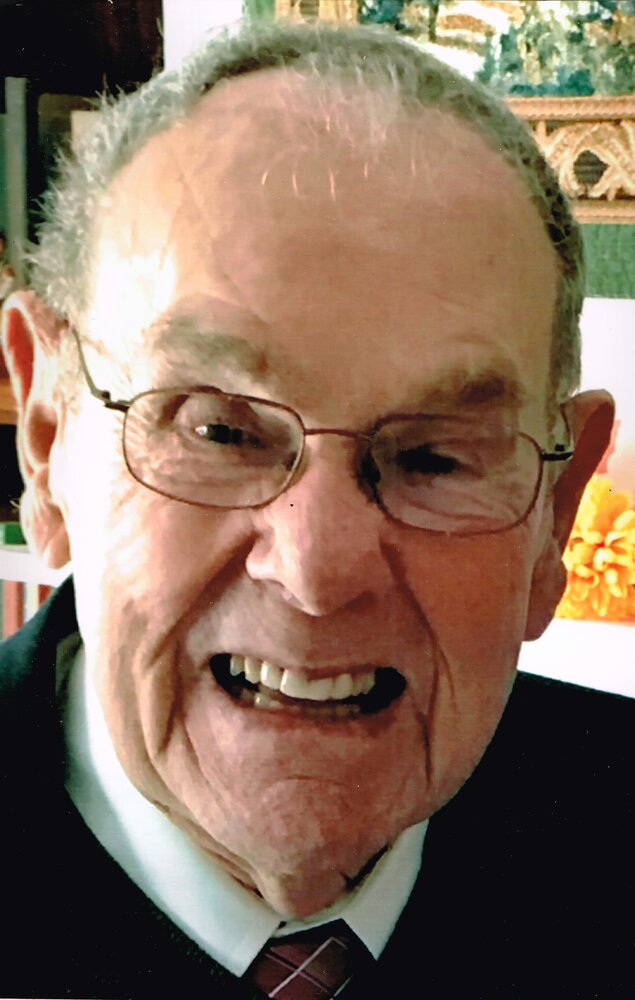 It is with heavy hearts that we share the passing of Donn Wallace.  It is so difficult to compress an incredible life of 96 years into a few paragraphs.  Donn was born on August 16, 1925 to Lettie Jane and George B. Wallace in Chester, Illinois.  At the age of 10 his family, like so many others, headed west with the Dust Bowl traffic to find work. They ended up in Santa Barbara where he spent his elementary and high school years.  He graduated from Santa Barbara High School in June of 1943 and joined the U.S. Navy.  On December 7th of that same year he was shipped to Madison, Wisconsin where he attended the University of Wisconsin program for radio operators. This was during the time of communication by Morse code, and he received training to be one of the “dit/dot dollies” as they were called.  Soon after arriving in Madison he attended the Methodist Church and was drawn to a  beautifully captivating redheaded soprano in the front row of the choir, Ruth Baldwin.  Once  his training was over he was sent to Hawaii where he was assigned to the U.S.S. Allen, DD66 which was a destroyer that was assigned to patrol duty in and around Pearl Harbor.  Over the course of the following two years he and Ruth exchanged many letters. Once the war was over he returned to Madison and they were married on May 24, 1946. Donn was a veteran of World War II and the Korean Conflict. We thank him, and so many of you, for your service.

Donn’s years were spent in the field of education.  He taught elementary school for several years before taking administrative positions. During this time he returned to school and obtained his Ed.D. in Education. In 1964, his family moved to Santa Cruz, California, and he started working at the Santa Cruz County Office of Education. Through the years he held several positions and retired in August, 1985 as the Assistant County Superintendent of Schools.

Donn was a familiar figure to early morning walkers on West Cliff Drive.  In his bright yellow rain slicker, white mittens and hat (knit by Ruth) he walked from Natural Bridges to the Santa Cruz Lighthouse and back almost every day for over 30 years.  As the years went by the walks got shorter, but he loved starting his day and watching the sun rise on his favorite and familiar walk. In his retirement years he and Ruth loved to travel and visit new places.  Music was also an integral  part of both of their lives and they enjoyed barbershop quartets and choirs. The family still breaks out into random songs out in public places for no apparent reason. His legacy continues in these songs.

Donn and Ruth attended The United Methodist Church of Santa Cruz for 57 years.  A Celebration of Life will be held at the church on Sunday, December 5,2021 at 2:00 pm.  The church is located at 250 California Street, Santa Cruz, California.

Donn’s motto was “always leave them laughing!”  In his honor, eat a piece of apricot pie, and tell a good Irish joke. And if you’re ever at Jefferey’s, make sure you ask for your veggie burger to be cooked “well done” in his memory.

To send flowers to the family or plant a tree in memory of Donn Wallace, please visit Tribute Store
Sunday
5
December

Share Your Memory of
Donn
Upload Your Memory View All Memories
Be the first to upload a memory!
Share A Memory
Send Flowers
Plant a Tree