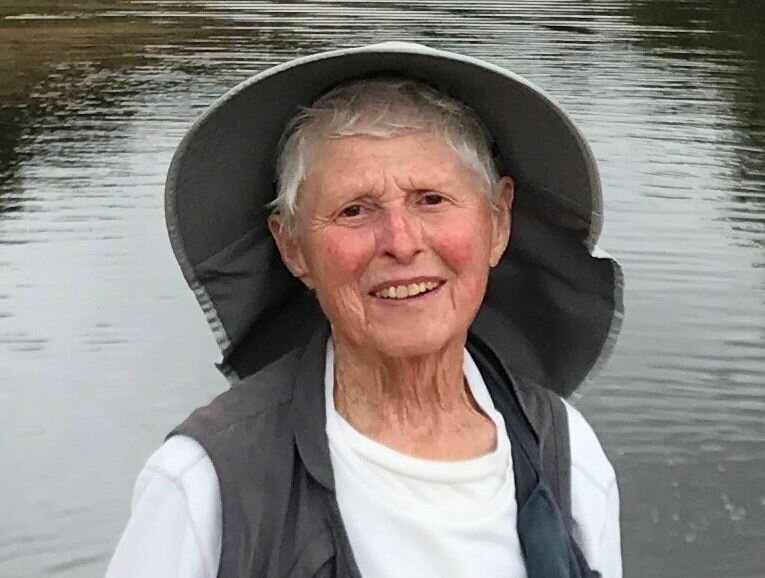 Marilyn Roberts died peacefully on February 6, 2022 at her home surrounded by her family and friends after a nearly year long battle with cancer.  To the end, she was determined to make her own decisions about her care and treatment and she did; dying in her own home.

Marilyn was born on May 26, 1932 in San Rafael, California.  She was the oldest of five in a blended family.  Her family was close knit, and Marilyn ended up living in the ancestral home raised by her grandmother and aunt.  Because she did not have the supervision of a parent, she was able to roam freely around her town, getting into all sorts of mischief.  From the beginning, she was fiercely independent and self-sufficient – traits that she displayed up until her death.  As a child of the depression, she was frugal and taught herself to do many things including making her own furniture and fixing anything.  In the 1970s, she nearly single-handedly dug a swimming pool in the backyard of her home for her children to enjoy.

Marilyn was a teacher and later a special education teacher and administrator.  She had the ability to teach anyone to read.  She worked with many special needs children and taught them to read which opened up so many avenues of learning to them.  She worked at Good Shepherd School in Santa Cruz for many years as a second grade teacher and assistant principal.   She left there to go back to school, and she obtained two master’s degrees, from Santa Clara University, in special education administration.  She used her experience and education to work in the field of special education ending her career as the SELPA director for Santa Clara County in 1992.

In her later years, she used her analytical skills to write several books chronicling her family history.  She researched the history, visited many family-related places and found relatives far and wide in her quest to put together her family history.  Once she completed her history, she helped countless others by completing genealogical research for them.  She took a great deal of pride in putting together a family tree for family and friends and always insisted on perfection.

In her retirement years, she began walking and would walk up to eight or more miles a day.  Her favorite place to walk was between Capitola Village and Pleasure Point.  She met many wonderful people on her walks including Sue Hansen and Tim Humphreys who became two of her dearest friends.

A vigil service will be held at Pacific Gardens Chapel, 1050 Cayuga St. Santa Cruz, CA at 7 p.m. on Tuesday, February 15.   A mass of Christian Burial will be celebrated at 11 a.m. on Wednesday, February 16, 2022 at Resurrection Catholic Church, 7600 Soquel Drive, Aptos.  The family would like to thank the nurses at Hospice of Santa Cruz County for their kindness and care during the last two weeks of Marilyn’s life as well as the doctors at UCSF Medical Center for their expertise and dedication and Drs. Rohan Ahluwalia and Anthony Sturzu for their unfailing support and care for Marilyn.  Arrangements are under the care of Benito and Azzaro of Pacific Gardens Chapel.

To send flowers to the family or plant a tree in memory of Marilyn Roberts, please visit Tribute Store
Tuesday
15
February

Share Your Memory of
Marilyn
Upload Your Memory View All Memories
Be the first to upload a memory!
Share A Memory
Send Flowers
Plant a Tree