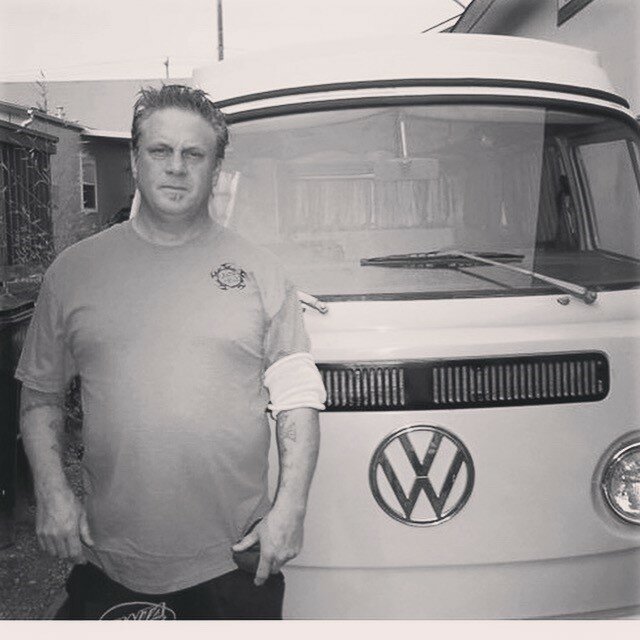 February 10 in the morning Saen Weatherly passed away peacefully in his sleep. Saen Weatherly was born February 19, 1965 in Santa Monica California. Saen Weatherly was known for his love of skateboarding and surfing with led him to move up to Santa Cruz California in his early years of his . Friends and family know him most for his unique voice, funny stories and his love for his family. Saen Weatherly was embraced by the Santa Cruz culture because he was always that person you knew as everyone’s friend. Saen was a very creative person, his passion was in designing logos for stickers, T-shirts, and embroidery. Sane in his early adulthood owned his own auto detailing business, he worked with high profile people including celebrities and some world leaders. He even won and award that was presented to him at the playboy mansion. He also won Pebble Beach Concourse for his show room detailing specialties. His most proudest moments are that of his four children that he left behind, Starting from the oldest, his daughter whitney, his son Zack , daughter Allison , and his youngest son korben. Saen was a widower of his late wife Susan Weatherly. Later in life found a companion and the mother of his youngest Trisha. He also leaves behind his brother Mitch and tons of cousins nieces and nephews that he loved dearly . Saen had so many friends that became his family. He was the most accepting non judgmental person the world will ever have known.

Saen was known for his love of Harleys and he had many. He was also known for his passion for collecting cars , he also was part of a well known motorcycle club which he treasured being part of the brotherhood.. The world lost a legend and Santa Cruz County mourns with his family. Please support the family and make donations at https://urldefense.com/v3/__https://gofund.me/fccec2d6__;!!OH7Jjwzyk1GPUgacbQ!pqNCeM7aUb9m_WhaykMR_-bk4Fdt9EsJ7olFP9WLotNk59AjxQ3J9xAuHnz3hqSaw0ieeVZ5dYpa72UMl0Um-FEAH78n4qMk9f3dGg$  Saen memorial gofundme.

To send flowers to the family or plant a tree in memory of Saen Weatherly, please visit Tribute Store