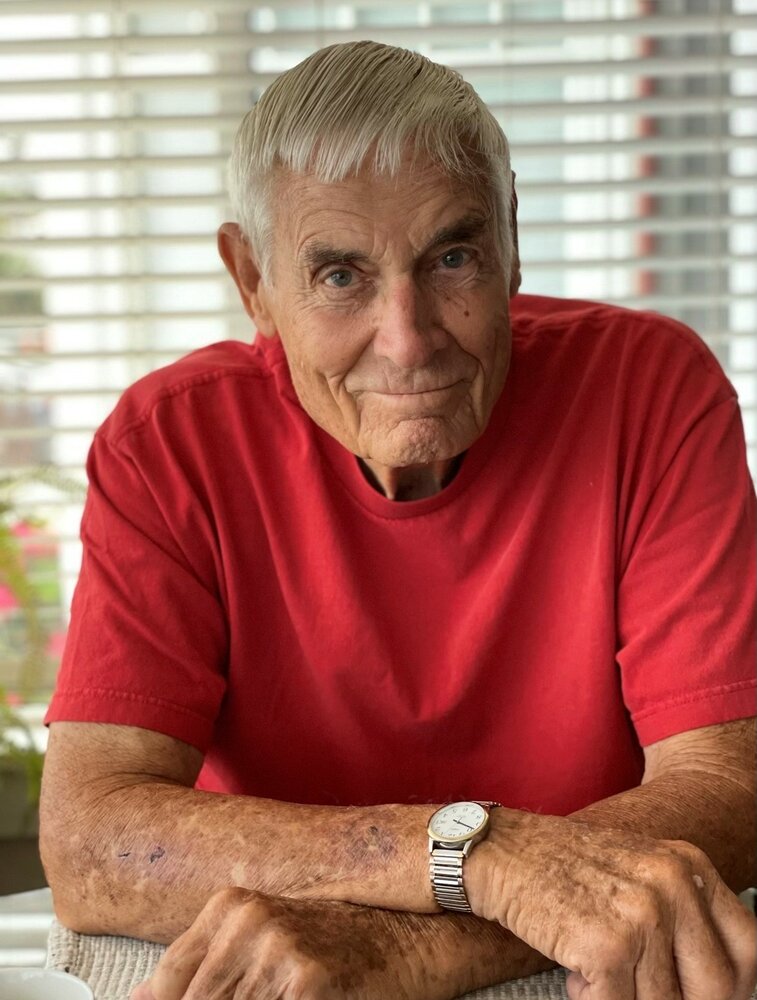 Donald Harry Moore, just short of 94 years, passed away peacefully on February 9th, 2022 in Santa Cruz with his sons Jeff and David by his side. Don was born in Long Beach, CA on March 4th, 1928 to Clyde and Irma Moore and is survived by his loving older sister, Virginia Clegg of Pasadena, CA.
Don served in the United States Army during WW II. Lieutenant Donald Moore was attached to the 6th Army Division, working on the The Manhattan Project, in 1945. After an Honorable discharge, Don moved to San Jose, CA and attended San Jose State University where he met his loving wife Dorean Ellen Simoni. They married on June 14th, 1952 and were preparing to celebrate their 70th wedding anniversary. Shortly after beginning his career in the furniture business in San Jose, Don moved his family to Brookdale and opened Donald H. Moore Interiors on Ocean St. in Santa Cruz, CA. Don later followed his passion into Real Estate, where he enjoyed over 50 years of success. Don and Dori, later retired to Palm Springs, then to Imperial Beach and finally to Capitola where he spent his final years lovingly taking care of his wife Dori.
Don loved spending time with family, duck hunting, snow skiing and trout fishing.
Don’s greatest pleasure was fishing on Mission Bay, San Diego, and spending endless hours on his boat  “Reely Happy”. He also enjoyed joining his buddies several times  a year on the "Royal Star” catching tuna off the coast of Southern CA and Mexico.
Don is greatly missed by his loving wife, Dorean and two sons Jeff and David. He also leaves a rich legacy of family, including daughter in laws Lavern and Barbara Anne, granddaughters Kirsten, Jennifer and Sarah; grand step-children Heather, Lauren and Jason along with great-grandchildren, nieces and many great-grand nieces and nephews. We thank God for the gift of Donald Harry Moore, a loving husband, father, grandfather, great grandfather, brother, uncle and friend . We will miss your bigger than life spirit, your smile and laughter, your epic “got cha” pranks and endless stories, but our Giant Memories of you will live on!!
A private committal ceremony was held at Santa Clara Mission Cemetery in Santa Clara. A kind act of charity can be made in his memory to either St. Jude Children's Research Hospital or the Shriner's Children's Hospital.

To send flowers to the family or plant a tree in memory of Donald Moore, please visit Tribute Store