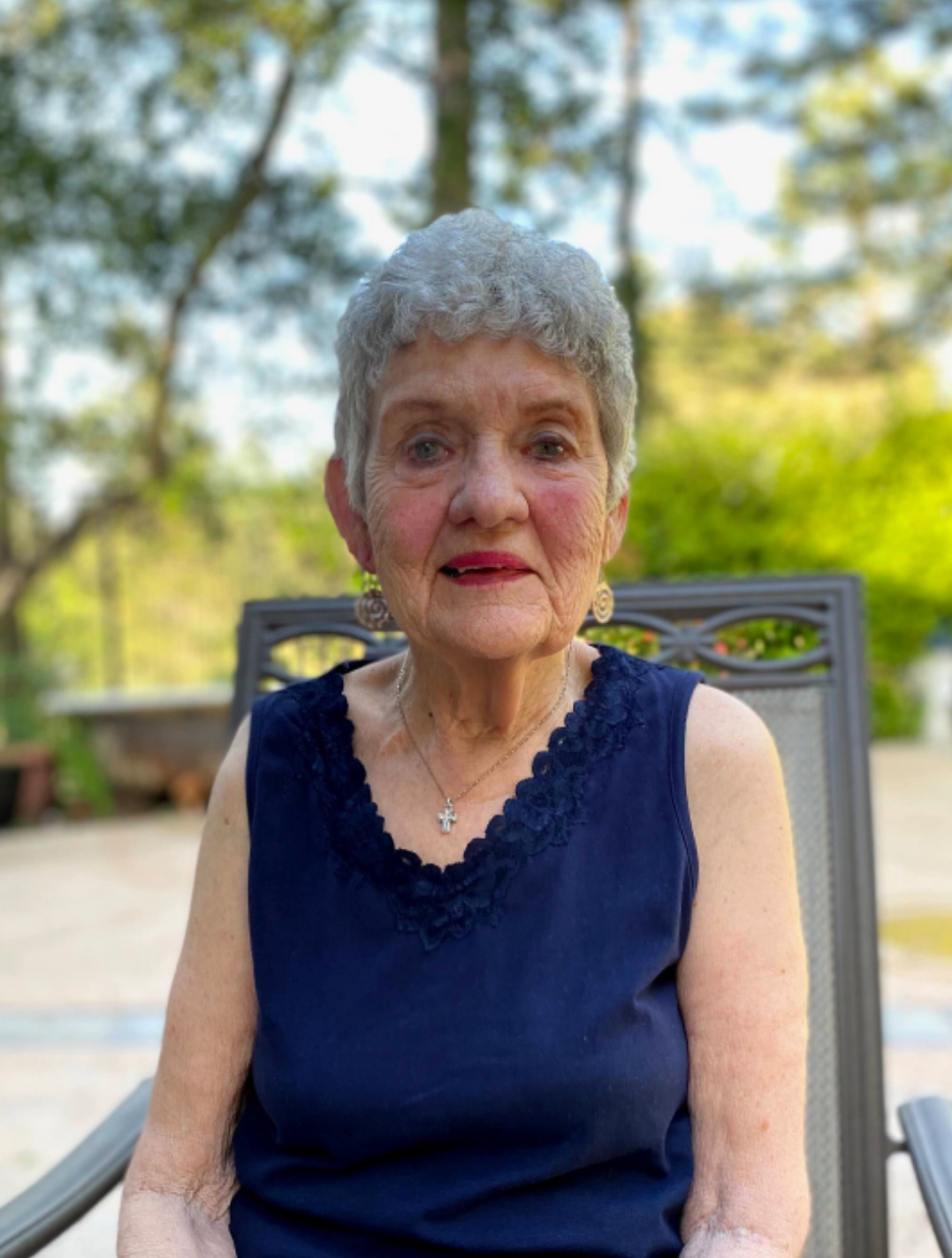 Mary Lee Telles passed peacefully at her Scotts Valley long-time family home after nearly a three-year battle with cancer. She was a young 83 years. Mary was often referred to as Mary Lee, Mrs. T, Mother Mary, and when she became a grandma, Nanie. She will be remembered for her compassion, dedication, organization, positive “can do” attitude, and her strong faith.

Born Mary Lee Brooks in Omaha Nebraska, she was the second oldest of four and the only girl. When she was 13, the family moved to Pacific Grove, California. Her junior year in high school, her parents moved north to east San Jose where she attended James Lick High School. It was here during her senior year she met her high school sweetheart, love of her life and husband Al of 63 years. After graduating from James Lick High School, she attended Heald Business College in San Jose and initially worked as a secretary at General Electric in San Jose.

Al and Mary settled first in Santa Clara where they had two children, Terri and Tim. In 1965, they moved the family to Scotts Valley, purchased their second home and had a third child, Traci. A few years later, a new Catholic church was being built in Scotts Valley and it was here that they became founding members of San Agustín Parish in 1969. Mary soon began volunteering at the church helping to type the weekly bulletin. She continued to add more tasks and was asked by the popular pastor, Fr. Joe Leonard, to become the official secretary in 1972 – a role she continued to hold and add to for the next 32 years. Even after retirement, Mary could be found at the church volunteering with the Altar Society, counting the weekly collection, or helping with fundraisers. Mary was also very active in other parts of the community as well – she was the PTA President, the cheerleading advisor at the middle school and Pop Warner football, helped start the Scotts Valley Girls Softball League and was often seen driving kids to and from activities in the “Telles Taxi” - her yellow Volvo station wagon well known around town. When Jazzercise came to Scotts Valley in the early 1980’s, Mary jumped right in, organized rental of the church hall for classes and became the “door lady”- a role she held until she was 80 years old!

One of Mary’s joys in life were her three grandchildren who lived just a few streets over. She loved spending time with them, reading with them, telling stories, playing cards and carting them around. She was always one of their biggest fans at their various activities and sports games. Mary loved celebrating birthdays and holidays and always made sure to gather the family for these special events. She was an avid reader and enjoyed traveling. Mary and Al shared many memorable trips to their condo in Cabo San Lucas over a twenty-year period, often bringing along or meeting up with friends and relatives.

A Funeral Mass will be held to celebrate Mary’s life at 1:00pm on Saturday, March 26, 2022 at San Agustín Catholic Church, 257 Glenwood Drive, Scotts Valley. Those attending are invited to wear a favorite color or outfit – something you enjoy wearing.

In lieu of flowers, donations may be made in memory of Mary to the San Agustín Altar Society, an organization she helped start at the church and was an active member, or a charity meaningful to you.

To send flowers to the family or plant a tree in memory of Mary Telles, please visit Tribute Store
Saturday
26
March

Share Your Memory of
Mary
Upload Your Memory View All Memories
Be the first to upload a memory!
Share A Memory
Send Flowers
Plant a Tree