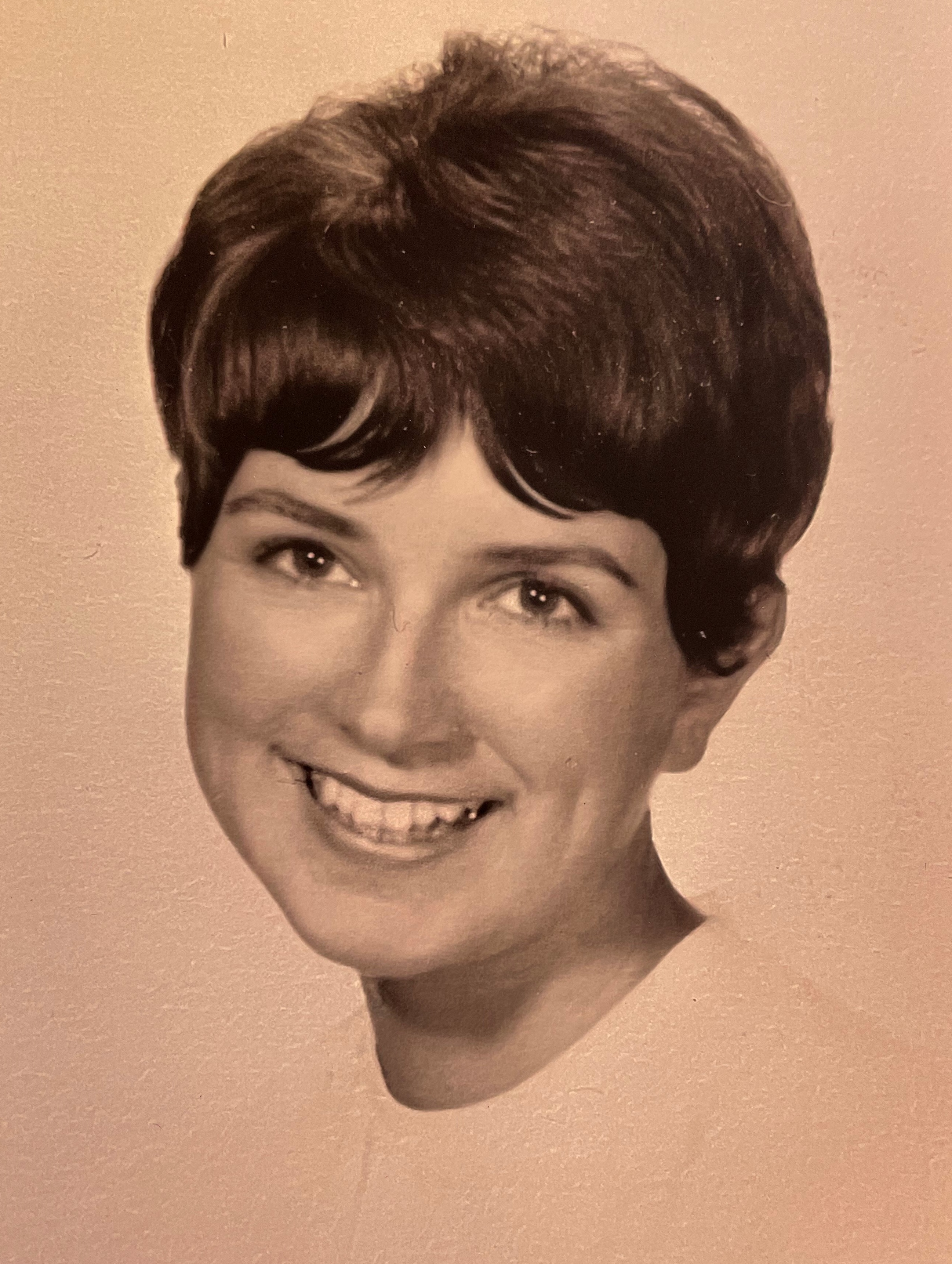 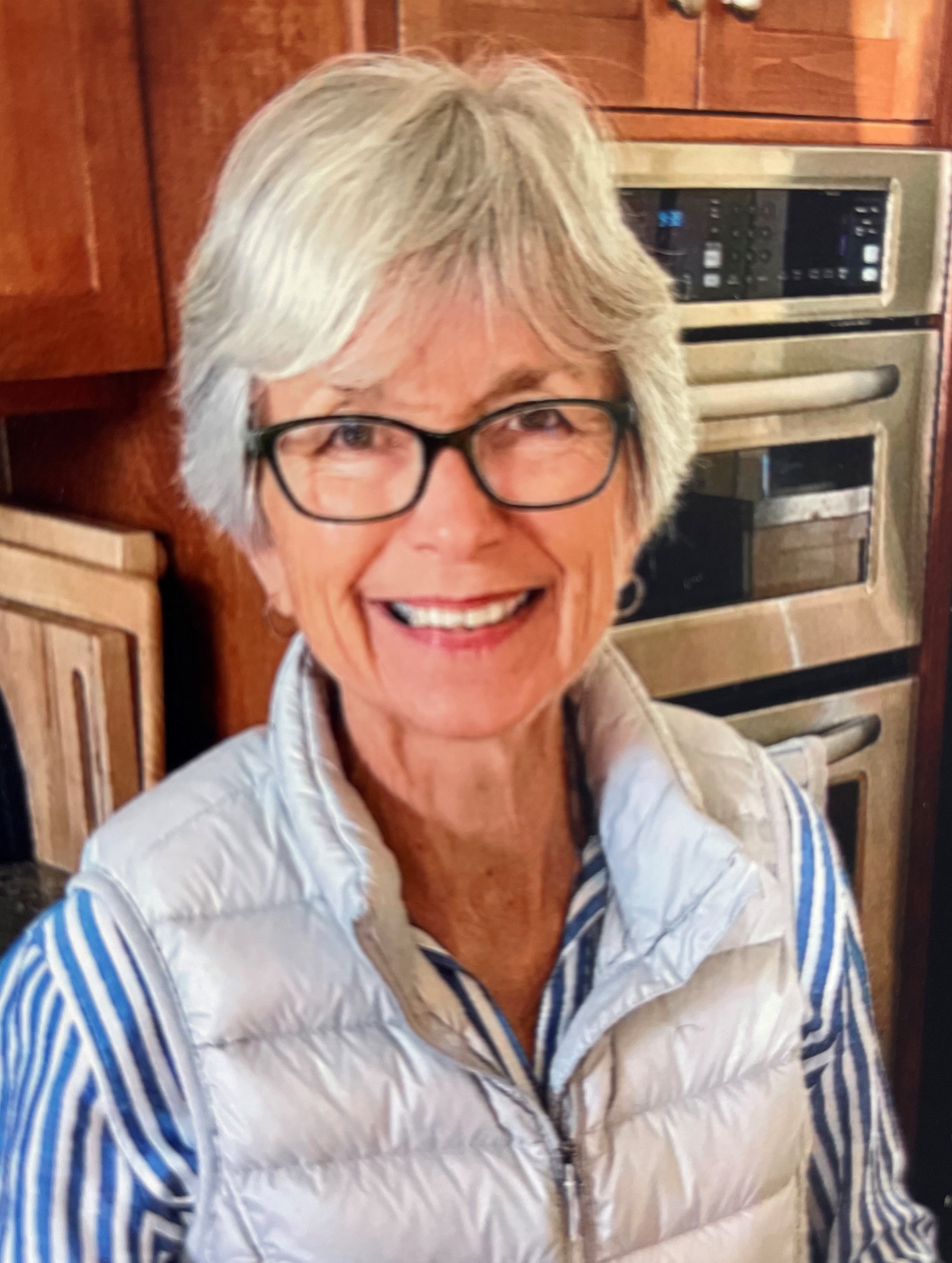 Janice Elizabeth Phister (Jan) was born on October 28, 1943, in the beautiful town of Santa Barbara. She was the third of six children born to James T. Ruiz and Mary Gertrude Ruiz. In the 1940s, 50's and 60's, Santa Barbara was a wonderful place for children to grow up with numerous choices for play and adventure; fields, parks, great beaches, Santa Ynez mountains, the Mission, and historic Santa Barbara Courthouse. Jan's home, with four sisters and a brother, was always a hub of activity. It was a happy time and as the "middle child" Jan savored her relationships with her older and younger siblings. Those relationships deepened and grew as each matured, walked their individual paths, and developed their own families, but always retained the love and supportive relationships with each other.

Jan's friendships from her early school days continued through high school, college, and beyond. After graduating from Bishop High Jan attended Santa Barbara City College for 2 years before transferring to Long Beach State College where she shared an apartment in Belmont Shore with her best friend and high school cheerleading teammate. It was at Long Beach State College that Jan met her future husband Rick and the beginning of a loving lifelong relationship and marriage that endured 55 years. After graduation with her Bachelor's Degree, Jan was employed by the college Admissions Office. Jan and Rick were married in Long Beach on January 7, 1967, and soon afterward purchased their first home in Costa Mesa.
Jan was such a lovely person with so many appealing qualities that she developed friendships easily. Throughout her lifetime she retained a beautiful smile, genuine cheerfulness, and a happy youthful voice. Friends shared many of their memories of Jan with a variety of sentiments and phrases, including: "She was truly a wonderful person, positive, fun and always putting others first. She was appreciated for being such an attentive and patient listener for her friends. A genuine joy to be around. A loyal friend with a sunny disposition and delightful laugh. Jan's courage, caring ways and sense of humor endeared her to all. She was gracious, generous, and courageous." What a wonderful legacy!

Jan began the most rewarding chapter in her life when she became a full-time mother in 1968 with the birth of the first of their three children. Creating a warm welcoming home environment for her family and friends was a natural for Jan, and she enjoyed decorating it for each season (fall being her favorite). Evenings usually included the aromas from delicious meals, often prepared from favorite family recipes on handwritten cards. Jan's healthy cooking talents were definitely appreciated by her family. Their children were raised in a home where laughter and music were constants. Jan loved everything about motherhood, the singing, reading, chasing, teasing, hugging, and kissing. She was deeply involved in the interests and activities of the children but also a determined advocate for them. In 1971 their firstborn son Scott, age 3, was diagnosed with autism. Little was known about it in the early '70s and few programs existed for autistic children. Jan developed a creative idea which she presented to a Psychology Professor at UC Irvine, whereby selected students would gain credit and experience by meeting with Scott in the Phister home and then taking him into the community to foster socialization. It was a successful program. In 1974 the family moved to Santa Cruz and purchased a home in Prospect Heights. Once again Jan arranged a similar program for Scott with a Psychology Professor at UC Santa Cruz. Advocating for the rights of their autistic son was a constant.
When the children were older and in school, Jan enjoyed working part-time at Dr. Winston Moore's dental office in Santa Cruz where she was the office receptionist, appointment manager and was the "Jan Of All Trades." Her bright smile and cheerful voice were definite assets when interacting with dental patients. After Dr. Moore retired Jan derived great satisfaction as a volunteer with Norrie's Gift and Garden shop at the UC Santa Cruz Arboretum. She genuinely enjoyed the camaraderie and friendship with her fellow volunteers and loved interacting with Arboretum visitors, especially those from other countries.
For summer vacations Rick and Jan would often take the family camping with their tent trailer. The kids enjoyed swimming and water activities so camping near lakes was always the goal. Jan was the organizer and director of operations for those trips. When their children were older, joint camping and water skiing adventures were planned with Jan's sisters and their spouses and children. Those trips were memorable, especially with the water skiing exploits behind the well-traveled "Old Smokey" outboard boat. Nostalgic laughter and campfire stories are still fondly remembered.
Rick and Jan's home gradually became an empty nest as their son Eric left for Cal Poly San Luis Obispo, followed there several years later by daughter Jenny. With the realization they wouldn't be able to properly support Scott's special needs for the long term, Rick and Jan were quite fortunate to locate the Kainos Home and Training Center for Developmentally Disabled Adults in Redwood City. Kainos' caring and supportive residential programs were perfect for Scott's present and future growth and security. For many years Jan and Rick were extensively involved with Kainos activities and functions through their participation and staunch support.
In addition to their frequent trips to Redwood City, many other drives were made to San Luis Obispo during Eric and Jenny's college years. After graduation, both Eric and Jenny continued to reside in SLO so the trips continued. Jan and Rick became a "two Eric" family when Jenny married Eric Collins. That began a happy new chapter in the lives of Jan and Rick, especially later when they were blessed with two wonderful grandchildren, Max and Gracie. Yet another happy chapter opened for them several years later when their son Eric married his college sweetheart Maria and welcomed two more grandchildren, Ava and Jake into the family. Jan relished her title of "grammy" and loved nothing more than those trips and sharing in the lives of the children, spouses, and grandchildren.
Rick planned to retire in 2007, and after 32 years in the same home, Jan and he were ready for a change. Jan persuaded Rick that a move to Capitola would be perfect for their retirement. And she was right. They'd owned a small rental property there and Jan's thought was to replace it with a custom-designed home. It was a great idea and an enjoyable project as they collaborated with a local architect to create a design for their new home. They were delighted with the result and moved into their Riverview Terrace home in 2008. Immediately Jan and Rick enjoyed new retirement routines, often including walks to Capitola beach, Gayle's Bakery, Peet's Coffee, activities with neighbors, or just taking a spin in their old red Porsche 356 (nearly identical to the one they'd dated in 40 years earlier). An unanticipated bonus was meeting so many great new neighbors and forming meaningful friendships. They all loved Jan! Her smile, her laugh, and her gentle nature. Welcome to the neighborhood!

For Jan and Rick's life was good and they expected it to continue well into the future. They had accomplished much and raised a wonderful family, and never questioned their deep love and mutual respect. They'd been able to fulfill many of their travel goals including trips to France, Italy, England, Scotland, Ireland, and numerous trips to Hawaii. Jan was the love of Rick's life, his college sweetheart, stalwart companion, confidant, lover, and best friend. She had a fun sense of humor and Rick's joy was in making her laugh, and he was always rewarded. Through their 55 years of marriage with the inevitable ups and downs, challenges, and countless decisions, they were each other's rock of stability.
Jan's courage, character, and inner strength were never more apparent than when she was diagnosed with Alzheimer's disease in 2017. It was a devastating blow for Jan, Rick, and the family as they faced the many uncertainties of their future. Jan and Rick thus began a new phase in their lives, firmly together. With incredible dignity and courage, Jan was determined to carry on life as normal as possible for as long as possible and expressed her thankfulness for the good life she'd enjoyed. Gradually the progression and effects of dementia became pronounced, and despite her loss of memory and functions, Jan's deeply ingrained core of gentleness and grace was evident to the last. As the end neared, Jan's husband, children, sisters, and brother were able to visit and surround her with their love. Rick was at Jan's bedside as she passed peacefully in the early morning hours of January 15, 2022. Jan's departure has left an immense void that cannot be replaced, yet her joyful legacy will live on in the hearts of all who knew her and loved her.
Jan is survived by her husband Rick, son Scott Phister, son Eric Phister and wife Maria Phister, daughter Jenny Collins and husband Eric Collins, sisters Dolores Swanson (Tom), Elena Carmon (Jim), Fran Borchin, Linda Shafer (Don), brother Ted Ruiz, grandchildren Max Collins, Gracie Collins, Ava Giordano, Jake Giordano, and numerous nieces and nephews
A Celebration of Life will be scheduled for the fall. Donations in Jan's memory may be made to Kainos Home and Training Center, 3631 Jefferson Ave. Redwood City, CA 94062 or Hospice of Santa Cruz County, 940 Disc Drive, Scotts Valley CA 94066.

To send flowers to the family or plant a tree in memory of Jan Phister, please visit Tribute Store

Share Your Memory of
Jan
Upload Your Memory View All Memories
Be the first to upload a memory!
Share A Memory
Send Flowers
Plant a Tree