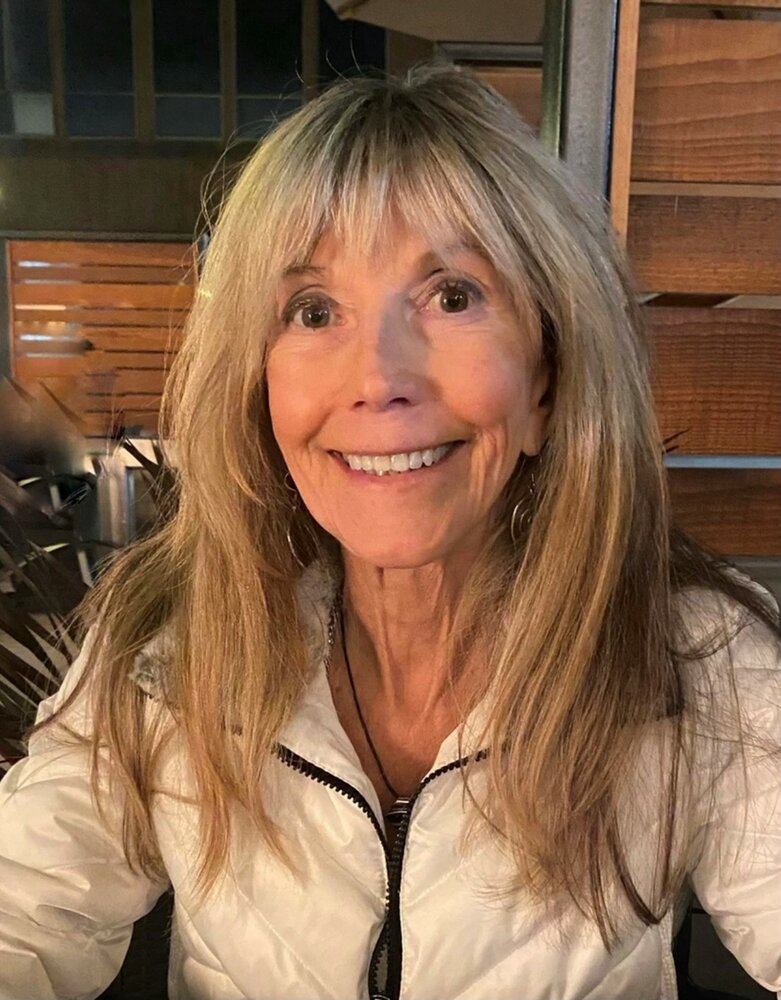 Liz was born in Buffalo, New York, the only child of George and Alice Lyons. While Liz was an only child, she did have two beloved “sisters,” Margaret Lyons Brooks, her first cousin, and Emily Buchbinder, a friend of thirty-four years. They both were at Liz’s side right through to the end. In addition, she had countless art friends (too numerous to list!), including the neighborhood “Cliffhangers” who gathered regularly on the benches above Seacliff State Beach to enjoy wine, food, and many, many laughs.

Liz graduated from Nardin Academy and went on to earn a B.A. (Daemen College) and Master’s Degree (University of Buffalo) in Art. Soon after graduation, she started teaching at Canisius High School becoming the first female instructor in the school’s history. She established and nurtured a fine arts department, which blossomed and flourished under her care.

In 1977, Liz relocated to Turlock, California where she continued teaching part-time at the Junior College level. After three years, it was on to the Bay Area where she took on the challenge of reviving a Fine Arts Program at Logan High School in Union City, CA. After six years, Liz once again relocated, this time to Aptos, where she launched her unique art career.

From 1986 to the present Liz offered the public a wide range of colorful, vibrant, striking and frequently humorous images via a number of mediums. She became a well-known artist in Santa Cruz County who often mentored others in the challenging field. On many occasions, she was the poster artist for the Capitola Art & Wine Festival, the Begonia Festival, and the Sausalito Art Festival.

Liz developed quite a local following and frequently spent the winter months participating in shows in Arizona and the Southwest. She is the only artist to have participated in every single year of Santa Cruz County’s Open Studios Program. She was able to keep the streak going even while battling cancer over the last six years.

Liz is survived by twenty-six cousins, her companion, John Gavrilis, her ex-husband Mark Friedman, and her “perfect dog” Jake. John and Mark were instrumental in Liz’s care over the past six years and by her bedside, along with Margaret and Emily, when she died.

Liz may be physically gone but her memory lives on in the hearts and minds of her many friends and family across the country in addition to the hundreds of art lovers who own and cherish her work.

A celebration of life is being planned. In lieu of flowers, please make a donation to Peace of Mind Dog Rescue (www.peaceofminddogrescue.org) or the Santa Cruz Arts Council (www.artscouncilsc.org) in her memory.

To send flowers to the family or plant a tree in memory of Elizabeth Friedman, please visit Tribute Store

Share Your Memory of
Elizabeth
Upload Your Memory View All Memories
Be the first to upload a memory!
Share A Memory
Send Flowers
Plant a Tree