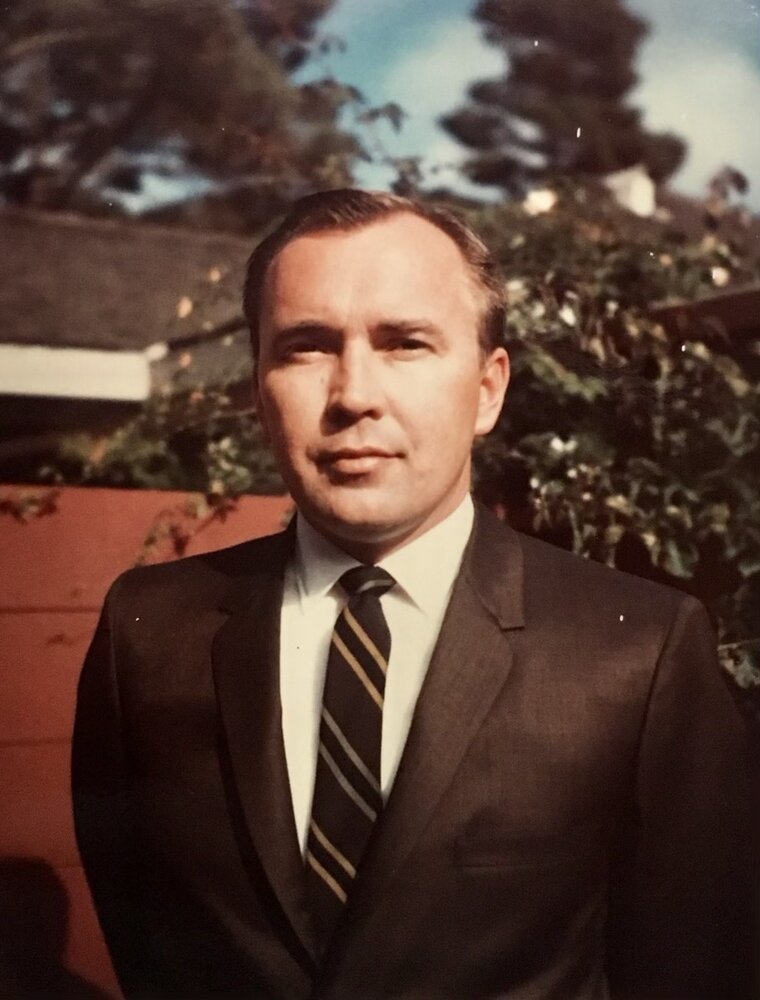 Gordon Kent Petersen passed away on Thursday, May 19, 2022 surrounded by his family in Santa Cruz.

Gordon was born to Lawrence and Lily Petersen on April 5, 1932 in the community of Oleander just outside of Fresno. He grew up in a farming family with his younger brother, Jerry, and many beloved cousins. Gordon graduated from Fresno High School in 1950 and graduated from Fresno State in 1954 with a degree in engineering. After college, Gordon started working for the Fresno County Department of Public Works as a Civil Engineer. He took a break from employment to begin his service with the United States Army Corps of Engineers in 1955. Gordon completed basic training at Fort Ord before sailing across the Pacific from Fort Lewis in Washington to Inchon, Korea where he was a member of the 44th Engineer Construction Battalion. After separating from active duty in November 1957, Gordon resumed his job with Fresno County and served four more years of active reserve duty before his honorable discharge from the military in 1961. In 1962, Gordon and his brother took a month-long 9,000 mile driving tour of the United States where they visited 40 states. Gordon fondly remembered his travels with his brother and his time as a military engineer.

Gordon used his skills as an engineer to collaborate with his family and contractors on the construction of two homes. In 1959, he purchased land in Cambria where he built a cottage, and he also built a home on East Liberty Avenue in Fresno for his family. Both projects were tremendous displays of his talents that he was very proud of. On October 17, 1964, Gordon married Arline Jacobsen. Gordon and Arline had three children: Andrew, Keri, and Audrey. In 1977, Gordon and his family moved to Santa Cruz and Gordon began working for the City of Milpitas as a Civil and Land Development Engineer until his retirement in 1991. In the beginning of his retirement, Gordon supported both of his parents through the end of their lives before moving back to Santa Cruz to be closer to his daughters and their growing families.

In 2002, Gordon moved into the Oak Tree Villa retirement community in Scotts Valley where he was an active member of the community. Gordon loved to take Oak Tree Villa’s art classes, attend church services and hymn sing-alongs, play pool, and practice golf putts with his friends. He was the Oak Tree Villa Resident President for several years during his eighteen years of residency. Due to the CZU Lightning Complex Fire evacuations, Gordon moved in with his daughters in Santa Cruz. He was fortunate to spend so much time at home with his close family near the end of his life. He loved to play board games, spend quality time with the family dogs (Lola, Chandler, and Simon), eat good food, watch Jeopardy and old movies, and listen to Elvis records.

Gordon is survived by his daughters Keri Petersen and Audrey Fernandez, his sons-in-law Gary Ekin and Rich Fernandez, his granddaughters Sarina and Maia Fernandez, his bonus grandchildren Scott Ekin, Katie Ekin, and Kenrick Sueksdorf, and his brother Jerry Petersen. Gordon was preceded in death by his parents, Arline, and his son Andrew, all of whom he was undoubtedly looking forward to seeing in the great beyond.

It is almost impossible to put into words how remarkable Gordon was. He was truly incomparable. Gordon was a gentleman in every sense of the word. He was a constant force of good in the lives of everyone who knew him, and his absence will be felt immensely.

The family expresses deep gratitude to the dear friends who supported us all through Gordon’s passing, and to the many amazing people who helped care for Gordon during the end of his life: Dr. William Morris, Dr. Michael Wu, Pastor Dale Sollom-Brotherton of Christ Lutheran Church, and especially nurses Katie and Patricia from Hospice of Santa Cruz County. In lieu of flowers, contributions may be made to Hospice of Santa Cruz County or Christ Lutheran Church in Aptos, CA, in Gordon’s memory. Beyond donations, all are encouraged to walk through life a little more slowly so you can enjoy the world around you and be kinder to everyone you pass, just like Gordon would.

To send flowers to the family or plant a tree in memory of GORDON PETERSEN, please visit Tribute Store

Share Your Memory of
GORDON
Upload Your Memory View All Memories
Be the first to upload a memory!
Share A Memory
Send Flowers
Plant a Tree