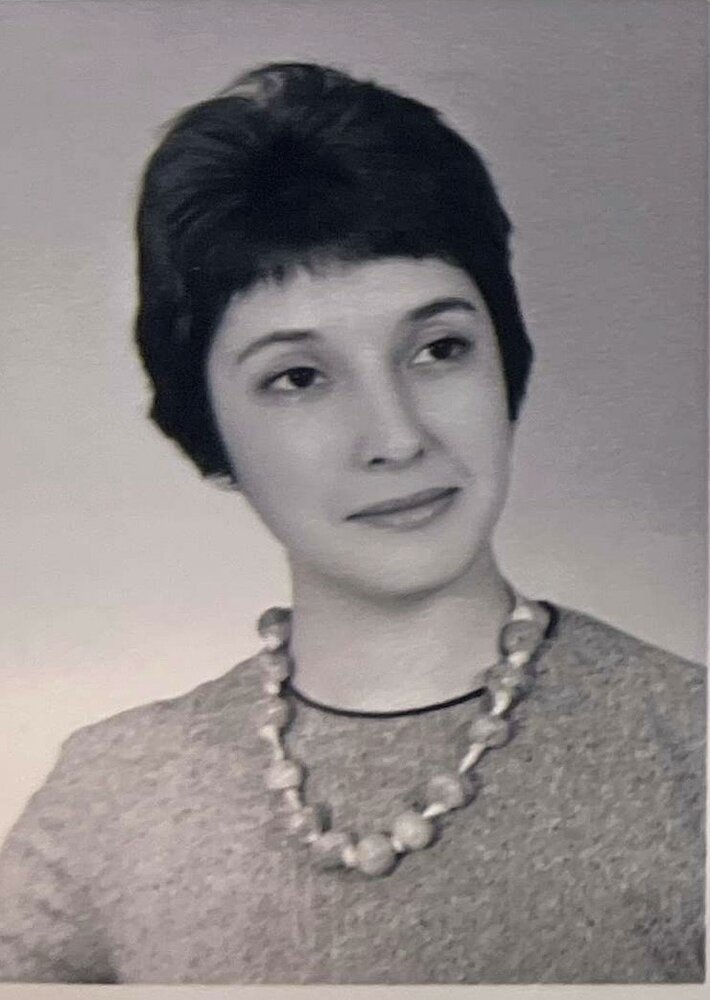 Marie Dolores Tomasi passed away peacefully at her home in Scotts Valley, CA surrounded by her two daughters, husband and granddaughter, July 7, 2022.

Born in San Jose, California, Marie was the daughter of Francisco Menacho and Isabel Dominguez Menacho, immigrants born in Spain, who first lived in Hawaii, then turned apricot and prune ranchers in Santa Clara county in the early 1920s.

Marie and her three brother's Atanacio "Art", Larry, and John  helped on their Santa Clara ranch and she spoke of her childhood on the ranch with great fondness—entertaining a steady stream of friends and family—many stories her children and grandchildren will keep alive and well in her honor.

Marie met Myron Tomasi, a fellow Spanish language major at San Jose State. They both shared a curiosity for travel, culture, politics and language, and, in 1955, they married. Marie Tomasi would later complete a Masters Degree in Spanish and French. Her career in language and international interest would lead her far beyond her first job at Los Altos High School, where she taught English and French.

Marie and Myron worked and lived in many parts of the globe while raising three beautiful children. In the 1960's, Marie taught Spanish and French at the Subic Bay American Naval Base High School in the Philippines where husband Myron was stationed with the American Red Cross; by the 1970's accompanied by her husband, who worked with CARE, Inc. through the American Embassies in Ecuador, Chile, Brazil and Jamaica the latter two where Myron was with the Peace Corps Staff, where Marie taught at the American Schools. Then in the 1980's, working as secretary to the Ambassador at the American Embassy in Chad, Rwanda, and  then in Abidjan, Ivory Coast, in
Africa serving our country in posts with the U.S. State Department where Myron was with  U.S.A.I.D (U.S. Agency for International Development). She also accompanied her husband to Budapest, Hungary where she worked as the American Embassy Liaison Officer.

Upon retiring from the foreign service they moved to Scotts Valley, CA. Marie was active as the President of Santa Cruz Symphony League, and as Board Member of the Affiliates of UC Santa Cruz. She participated in water athletics at the Enterprise Club and regularly played  Rummycube with her good friends.

Marie loved to keep busy, cooking, baking and hosting her family and friends who could never leave the house without a baked good or a great jar of her famous pepper jelly jam.

She leaves behind her husband, Myron Eugene Tomasi, daughters, Renee Tavares, Raquel Miller, and preceded in death by her son Raul Tomasi who, regrettably passed earlier this year. She also leaves behind their partners, her son-in-law Tom Miller and daughter-in-law Julie Tomasi, whom by all means, were also considered her children.

Her absence will be felt greatly not only by her kids but also by her eight grandchildren and their partners, Raquel Tavares and Neeraj Gunsagar, Francisco & Samara Tavares, Kate Tomasi, Lauren Miller, Sarah Tomasi & Kevin Bright, Ryan Tomasi, Julia Miller and Megan Miller; as well as her three great grandchildren Devan Gunsagar, Dhilan Gunsagar, and Isabel Tavares, her mothers namesake.
A kind act of charity can be made to the Santa Cruz Symphony League (307 Church St.  Santa Cruz, CA. 95060)

To send flowers to the family or plant a tree in memory of Marie Tomasi, please visit Tribute Store