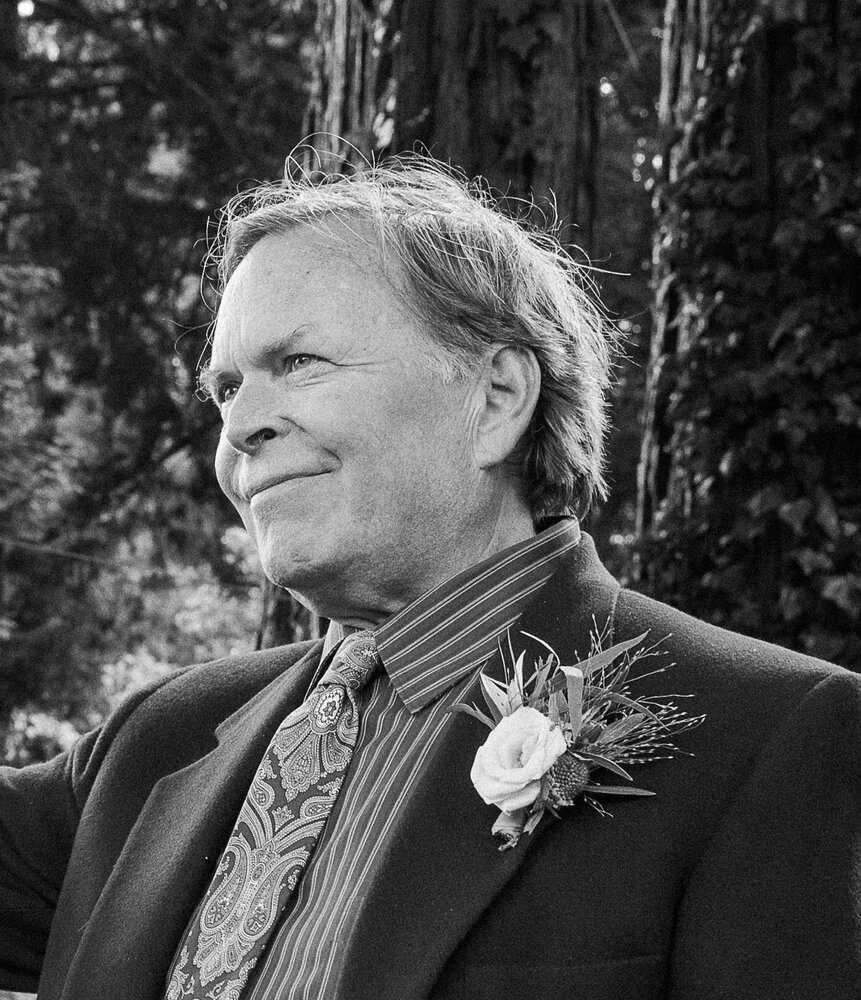 Kenneth Hamilton Coale was born in New York City on January 24th, 1955. His mother Mary Louise (Price) Coale had recently finished her graduate degree in education and the family had moved to New York to support her husband, Franklin S. Coale’s, graduate education in engineering. After a year in New York, the family moved to Portola Valley, CA where Kenneth spent his childhood. His father shared and kindled his interests in engineering and mountaineering with his sons. Kenneth and his three brothers accompanied their father on camping and climbing trips around California in the 1960s. Both parents were active in their communities, served on civic councils, were environmental advocates and normalized the idea that social change could be tackled head on. Kenneth attended the progressive Peninsula School for Creative Education in Menlo Park where he excelled in ceramics and weaving, and later Ravenswood High School in East Palo Alto during which time he played rock and roll, became a lifelong vegetarian, and learned to SCUBA dive.

In 1971, Kenneth’s father was killed in a plane crash, and in his later teens he sought out his father’s climbing friends to better understand the man. He showed up at their houses and drank their wine. He was hired by them to work construction; roofing and framing houses. He hiked with them and climbed some of the same peaks they’d climbed with his father. The vacuum left during his coming of age was filled by a community of figures with a diversity of knowledge and perspectives.

Kenneth left construction (though he never stopped building) and attended UC Santa Cruz in 1974. He studied biology and upon graduating was hired as a technician in an oceanography lab at UC Santa Cruz. Kenneth and his colleagues studied the chemistry of the ocean’s trace metals and radionuclides at a time when the unknowns were many and his technical know-how and creativity went a long way. He was able to apply his construction skills and climbing knots. He built equipment and took it to sea. It was cutting edge science performed with plastic buckets and vats of hydrochloric acid.

Susan first spied Kenneth in an organic chemistry class they shared as undergraduates circa 1974. He was long haired and bearded, yet through it all she could sense the affinity they would have for each other. A course in scientific SCUBA diving sealed the deal, and they were buddies for life. She supported his ambitious ideas and tolerated his crazy ones. Married in 1979, Susan and Kenneth gave their two children a childhood immersed in the natural world, peppered with lessons in social justice and biogeochemistry.

During a year in Europe learning novel electrochemical techniques for measuring metal speciation in seawater, Kenneth was convinced (or tricked, as he put it) into going to graduate school. He received his Ph.D. in 1988, then shopped around for potential post-doctoral advisors. His demands were simple: work four days a week, one day for public service, and two days with his family.  He eventually found himself at Moss Landing Marine Labs (MLML) with a new community that shared his values and passions.  His career in the field ended up spanning over four decades, and he never left MLML.

His early work at MLML focused on the role iron plays in regulating marine photosynthesis and, in turn, global climate. He inherited a hypothesis regarding the outsized importance of trace amounts of iron from his colleague and former MLML director, John Martin, but it had never been rigorously tested largely due to the enormous technical challenges doing so would entail. Kenneth took on these challenges with his characteristic creativity and enthusiasm. He fabricated clean laboratories and directed global class research vessels. His large-scale ocean iron fertilization experiments were enormously successful, opened up a new field of research, and laid the foundation for generations of scientific careers. His work appeared on the cover of Nature magazine, the pinnacle for any scientific publication, and to this day continues to receive citations. It was largely for this work that he received the American Association for the Advancement of Sciences Fellow award.

The 1989 Loma Prieta earthquake leveled the MLML shore lab, forcing relocation to a series of temporary trailers in Salinas. Efforts to rebuild the lab were immediately mired in red tape and politics, and the resulting legal challenges to reconstruction would stretch on for years. The project was foundering, and the lab was in upheaval when Kenneth assumed the directorship in 1992. His leadership and perseverance ultimately culminated in the new laboratory which was completed in 1997 and is as spectacular today as the day it was christened with water samples from the world’s oceans. Go and see for yourself at their annual open house. Kenneth loved MLML absolutely, and thought of it as the “little marine lab that could”. His vision was for a marine lab working for a higher purpose than the individual accomplishments of its scientists. He believed success should be judged by the experience of those most challenged and those we leave behind. He would remark that he had failed at his initial intention of days for public service and family, unless you consider the lab’s mission to be his service and its people to be his family.

Kenneth wrote thousands of letters, many of them were professional letters of recommendation, but he also wrote letters of encouragement to his students. Sometimes even to their parents or families. He wrote journal entries during his times at sea, and songs and poems for special occasions. He wrote ceremonies for the dozens of weddings he officiated, and he wrote love letters to his wife. He wrote biographies, remembrances, and obituaries. In his writing, as in his life, he was unabashedly romantic and full of grandeur. He rejoiced in the miracles he witnessed: the ocean, the people he loved, thorium 234, and triple phase power.

Kenneth will be remembered driving his tractor and cooking in his oversized wok. Playing his guitar and singing to his grandchildren. Making award winning wines and pickling cucumbers from the garden. Teaching chemical oceanography, machining, welding, knots, blue water diving, and forklift driving. The Ham radio community of the Santa Cruz mountains will remember the gentle voice of KI6UWK broadcasting through the redwoods.  His patient words of kind wisdom will comfort many for years to come. He will be remembered as a father figure by many in his community.

Kenneth is survived by his loving wife, Susan, and their children, Megan and Tyler, daughter-in-law Ashley and grandchildren, Finn and Reed, brothers, Frank, David and Matthew, his uncle Bob and a large, extended family of step-brothers and sisters, nieces, nephews and cousins.

To send flowers to the family or plant a tree in memory of Kenneth Coale, please visit Tribute Store