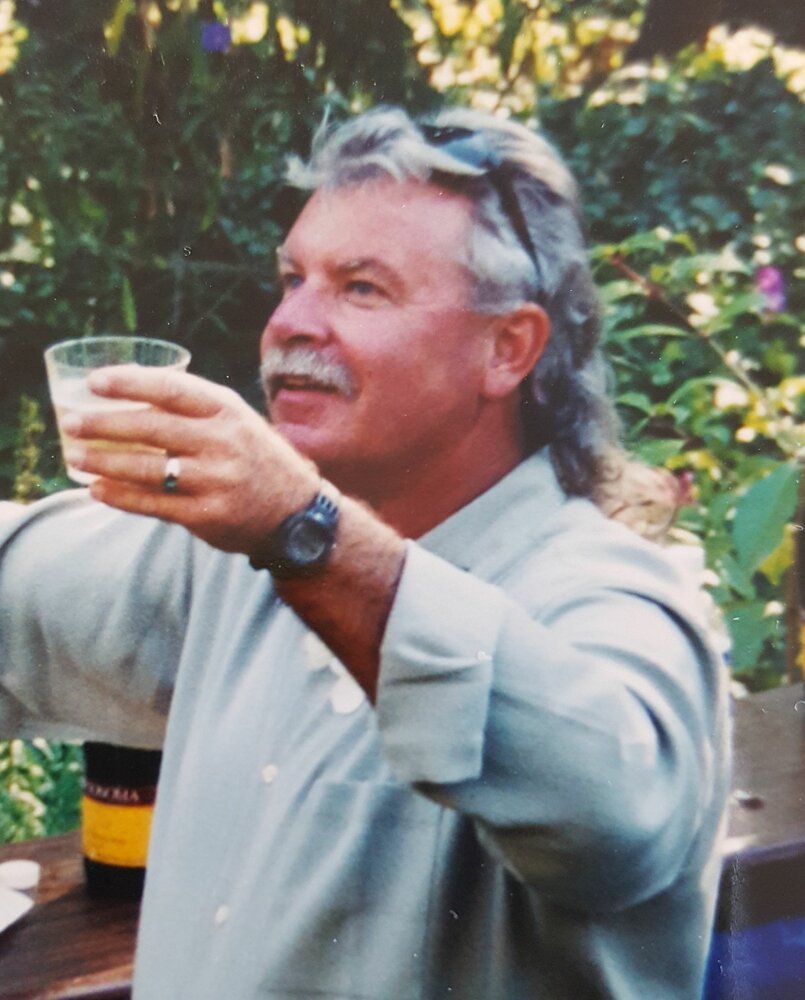 Jim Sutton passed away at his home in Santa Cruz following a decline due to Parkinson’s Disease.

Born in Waltham, Massachusetts, Jim was the son of a career Air Force father and got to live all over the world including Hawaii, Japan, Virginia Beach, and California.  He graduated from Long Beach State College and for more than 39 years worked as a Physical Science Technician with the United States Geological Survey, a job that he truly loved.  Jim was part of a team who measured the crustal deformation along earthquake faults in the entire western part of the country.  They backpacked, float planed, and helicoptered into remote regions of Montana, Utah, Nevada, Alaska, Oregon, Washington and of course, California to record earth’s ever shifting plates. He often joked that his commute was from Santa Cruz, to San Jose airport where a helicopter would take him to some of the most beautiful places in the American West.

Known as Jaime to his friends, Jim’s passion outside of work was surfing. During High School he was a regular at Kaiser’s on Oahu. In Santa Cruz he was a respected regular at Four Mile Beach, Steamer Lane, and Pleasure Point. He loved to cook and barbeque for friends. He made killer margaritas and unforgettable after dinner frappes. He was a wonderful raconteur with a fantastic memory for the humorous details of his and his friends adventures, often supplying exact dialog from events decades in the past.  His genial nature, friendly personality, and quick wit made him friends wherever he went.

His beloved wife of 22 years, Barbara and her daughter Sarah, and his grandson, Indy and brother Dave Sutton survive him.  He will be greatly missed by all who knew him.

A donation can be made in Jim’s memory to easepd.org, a local nonprofit serving people with Parkinson’s, or a charity of your choice.

To send flowers to the family or plant a tree in memory of James Sutton, please visit Tribute Store