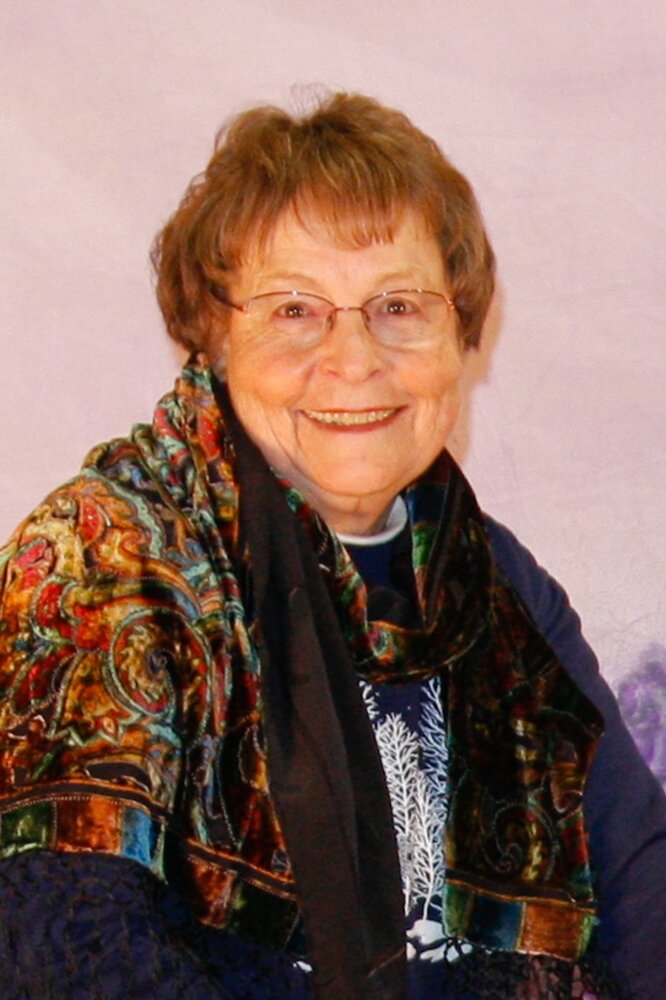 Jane Salm, beloved mother, wife, and force of nature, passed away peacefully on August 6, 2022 at age 84. Summing up the life of a dynamo in a few paragraphs is a challenge! Jane’s main focuses in life were her family and her faith. Growing up on a dairy farm as 1 of 8children, she worked hard to care for family from her childhood on. She married Peter Salm in 1961, embarking on a journey of marriage and adventure. After earning her BA in English and Speech, she taught high school English and typed dissertations from home, allowing Peter to finish graduate school with no debt. Together, the raised 3 children and lived in Wisconsin, Kansas, North Dakota, Montana, Missouri, and Illinois before landing in California. Jane was the Chief Operating Officer of her family. She was a masterful seamstress, sewing her own clothes as well as clothing for her children. She sewed her own wedding dress as well as her bridal party’s dresses - and then repeated that feat for her daughter many years later. Jane was a helluva cook and baker, as her son-in-law would say, making everything from scratch. When the moved to California, Jane returned to full-time work, enabling Peter to launch a consulting business. Becoming a Grammy was the cherry on top. She loved spoiling her grandsons and often traveled to Alaska to watch them play basketball, another great love of her life (Go Warriors, in her honor). As much as she loved her family, she took enormous joy in beating them all in a heated game of Uno! Yes, Jane was passionate in all things she did. Two years after Peter passed away, Jane decided to move to Dominican Oaks. The friendships she forged with fellow residents and staff were a source of strength and great joy for her. She quickly became an engaged community member, serving a term as president of the Resident Council and contributing to activities like the gar- den, “country store,” and the recycling program. Throughout her life, Jane was a person of great faith. She enjoyed attending and leading Bible Studies, volunteering, and singing in the choir. We are all confident that she is now in Heaven with her loving God. Jane was preceded in death by Peter, her husband of 54years and her triplet siblings, James and Janet. She is survived by daughter & son-in-law, Janeen & Dan Sullivan, and their two sons Timothy & Zachary; son & daughter in-law, Daryl & Mandy Salm; and youngest daughter & son in law, Janet Salm & Jeffrey Katcher. She is also survived by siblings Peter Dorn, Sister Lucy Dorn, Bernadette Dorn, Sister Marie Bernadette Dorn, Patrick (Francine) Dorn, and Patricia Dorn. A Memorial Mass will be celebrated at 11:00 a.m. on Friday, August 19, at Resurrection Catholic Community (7600 Soquel Drive, Aptos). In lieu of flowers, contributions to Second Harvest Food Bank, 800 Ohlone Parkway, Watsonville, 95076 are appreciated.

To send flowers to the family or plant a tree in memory of Jane Salm, please visit Tribute Store
Friday
19
August

Share Your Memory of
Jane
Upload Your Memory View All Memories
Be the first to upload a memory!
Share A Memory
Send Flowers
Plant a Tree