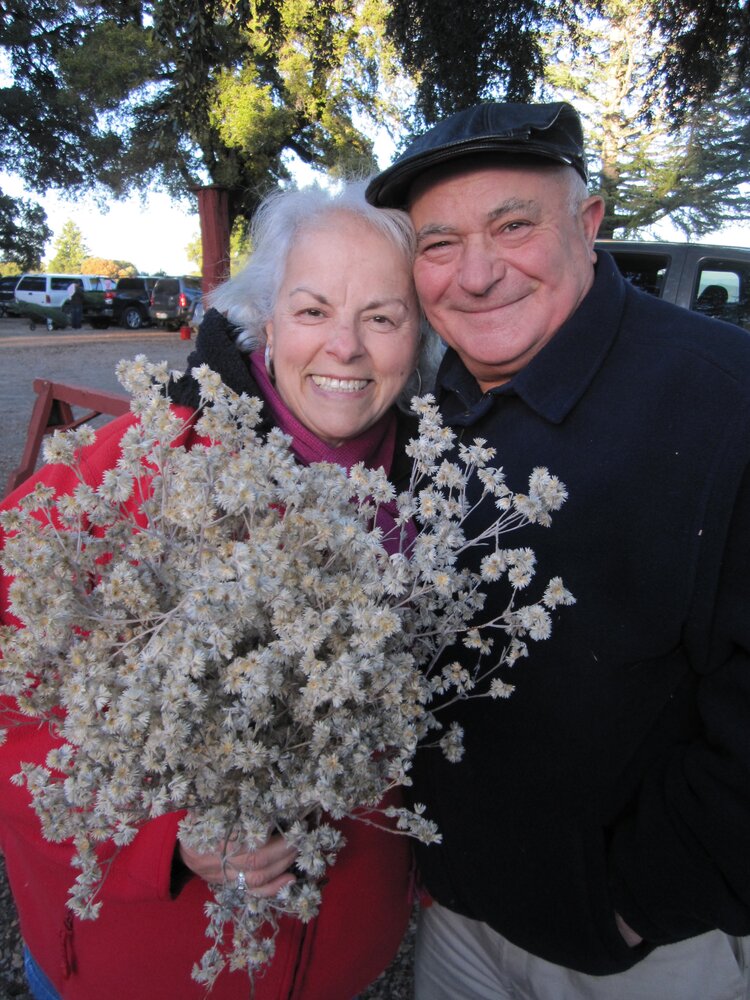 Angelo De Bernardo, Sr., age 81, passed away peacefully, surrounded by his loving family, on August 15, 2022, in Watsonville, CA. Angelo was born on November 28, 1940, in Acri, Italy, to Francesco and Gina De Bernardo. He grew up a proud boy scout and, at a young age, became a woodworking apprentice. On February 2, 1960, Angelo and his sister Filomena (De Bernardo) Castrovillari immigrated to the United States on an ocean liner that departed from Naples, Italy to New York.
Shortly after arriving in America, Angelo attended night school to learn the English language, where he met a “paisan” (an Italian friend) who showed a picture of his sister in Italy to Angelo. Her name was Rita Guarnieri—and for Angelo, it was love at first sight.
On December 13, 1961, Rita flew with other family members from Italy to John F. Kennedy Airport in New York City. Angelo went to the airport under the pretense of helping the family with luggage, but he was really there to meet the beautiful young woman he saw in the picture. After a few years of courtship, Angelo and Rita married on March 11, 1965, in Stamford, CT. By 1969, they had two boys, Frank and Angelo Jr. Angelo and Rita moved to Ridgefield, CT in 1975, where they had two more boys, Mario and Gino.
Angelo was a hard worker and often held two jobs to support his family. His main job was with Pitney Bowes, where he spent 35 years as a machinist and proud member and leader of the employee association. He retired in 2003.
Dating back to 1974, Angelo would take his family on trips to Santa Cruz, California to visit his brother and sister-in-law, Mario and Silvana De Bernardo.  Over time, each one of Angelo’s sons moved to the Santa Cruz area to attend college. In 2004, Angelo and Rita followed their children and moved to California.
In Santa Cruz County, Angelo was an active member of his church community.  He was a two-term president of the local chapter of Christians in Commerce, a eucharistic minister at Saint Joseph’s Church in Capitola, and a member of the Italian Catholic Federation.
Anyone who knew Angelo understood how much he loved his family, faith, and country, as well as making wine, gardening, eating his wife’s cooking, and playing bocce.
Angelo is survived by his wife Rita De Bernardo; sons Frank De Bernardo of Aptos, CA; Angelo De Bernardo, Jr. (Julie) of Soquel, CA; Mario De Bernardo (Jenny) of Sacramento, CA; Gino De Bernardo (Tara) of San Jose, CA; seven grandchildren (Angelo III, Nicolas, Lulu, Dominic, Roosevelt, Novembre, and Harlow); sister Filomena Castrovillari of Stamford, CT; brother Mario De Bernardo of Aptos, CA; as well as numerous nieces and nephews. His sister Elena Betto of Vittorio Veneto, Italy, preceded him in death.
The Recitation of the Holy Rosary and viewing will be Wednesday, August 24 from 10:00 a.m. to 10:45 a.m. at St. Joseph's Catholic Church (435 Monterey Ave., Capitola). The Mass of Christian Burial will immediately follow at the church, beginning at 11 a.m.
In lieu of flowers, the family asks to consider a donation in memory of Angelo De Bernardo to Christians in Commerce P.O. Box 8463, Santa Cruz, CA 95060. Funds will be used to support philanthropic work for which he was so passionately involved.

Viewing and Recitation of the Holy Rosary