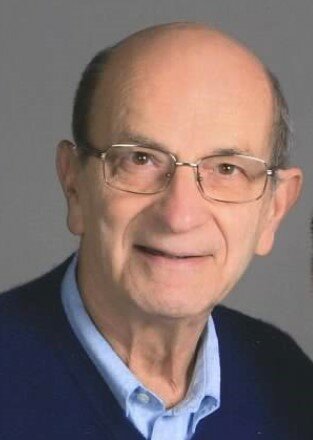 Charles was born in Buffalo, New York on May 18, 1935, the oldest of four children born to Mary Serio Scibetta and James Scibetta.  He had a very happy childhood, growing up in a house next to his grandparents, his uncles and aunts, and his cousins.  They have all remained close throughout the years.

He went to Canisius High School, a Jesuit all-boys school, and then to Canisius College, where he graduated in 1957 with a Bachelor of Arts degree.  While there, he was elected a member of the Di Gamma Honor Society and the Alpha Sigma Nu National Jesuit Honor Society.

He would often tell the story of meeting his wife Joan at a college dance, on a group blind date. Charles and three of his classmates lined up on one side of the room and waited while their four dates walked in and stood in a line at the other end of the room. Joan was at the opposite corner from him, but upon seeing her, he made a quick diagonal move across the room to stand in front of her and invite her to accompany him to the dance. She became the love of his life from that moment forward.

After college, he entered the University of Rochester Medical School on a merit scholarship, graduating with a degree in Medicine in 1961. During medical school, he and Joan married and began their family. After medical school, Charles trained for one year as an intern and one year as a general surgical resident at Upstate Medical Center, Syracuse, New York.

He then enlisted in the US Air Force with the rank of Captain, and served as Chief of Surgery at the 3545th US Airforce Hospital in San Angelo, Texas.

After his military service, he returned to Upstate Medical Center where he completed five years of Neurosurgical Training and was the Chief Neurosurgical Resident in his last year.

Along with being an accomplished physician, he was a caring, compassionate, and humble man. Small gestures of kindness were part of his nature—he often did things quietly that touched people in ways that they long remembered.

Joan and Charles had five children. Being married to Joan and together raising their children was the most rewarding part of his life.  During his spare time he enjoyed cooking, gardening, woodworking, jewelry making, and travel. He always had a pen and a notepad in his pocket, where up until the last days of his life, he captured notes and ideas for new things to do and new ideas to explore. When he heard that someone had visited someplace interesting, he would interview them to find out what to do—and especially where to eat—and then share that information with anyone who might be venturing in that direction.

Charles was a man of quiet faith who will be deeply missed by his children, his grandchildren, his extended family, and his many friends and work colleagues. We will miss his love, his kindness, his sense of humor, and his joyful appreciation of life.

A Mass of Christian Burial will be celebrated at 1pm on Saturday, September 3 at Resurrection Parish in Aptos.

In lieu of flowers, donations may be made to Resurrection Parish, Hospice of Santa Cruz County, or the charity of your choice.

To send flowers to the family or plant a tree in memory of Dr. Charles Scibetta, please visit Tribute Store
Saturday
3
September