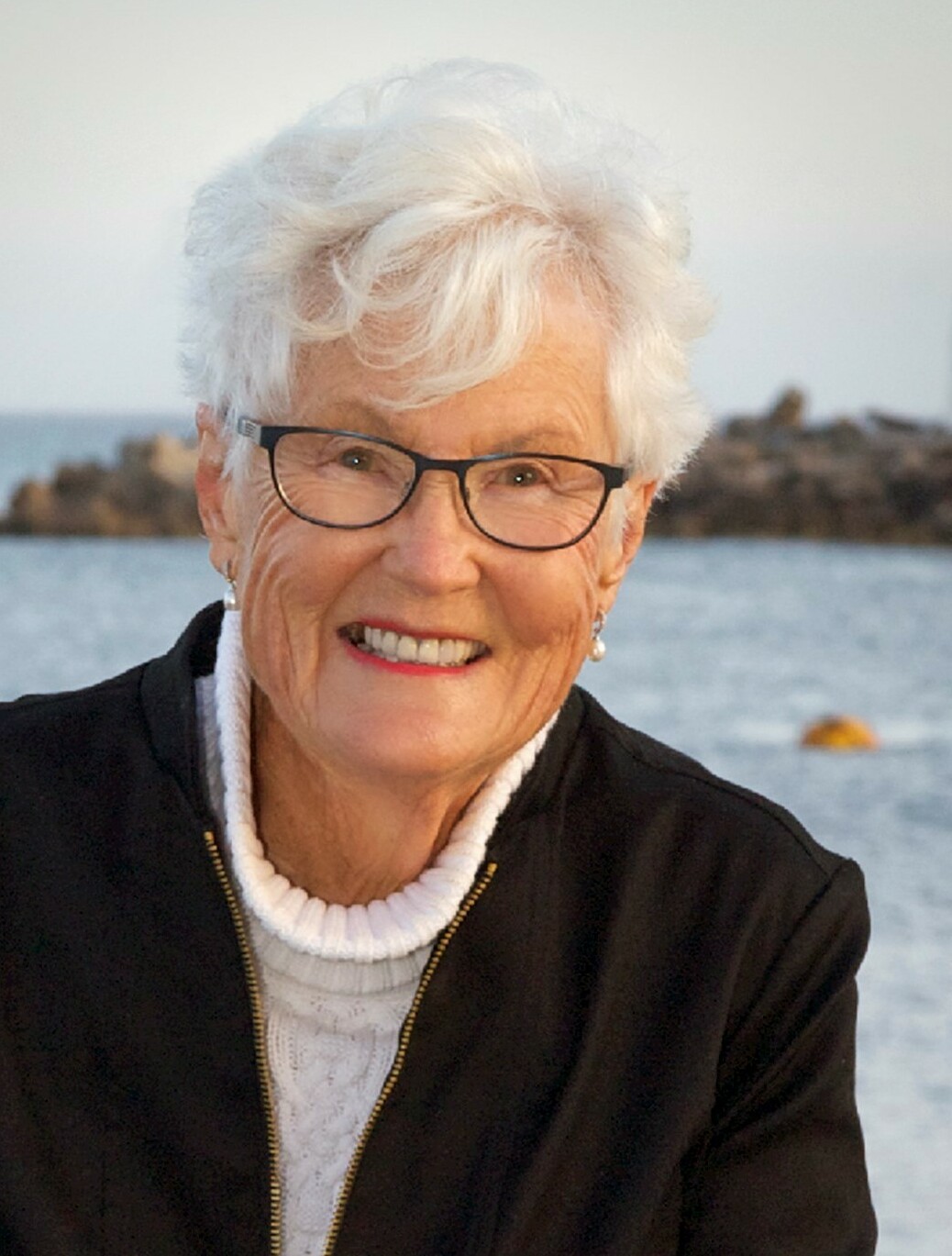 Joan Charlotte Newman, age 92, passed away peacefully on Aug. 23, 2022 at her home in Scotts Valley. Her memorial service will be held at 1:00 on Saturday, Sept.24, 2022 at Christ Lutheran Church in Aptos. Born Mar. 24, 1930 in Riverside, CA, Joan was the middle daughter of Charles and Edith (Wilmot) Reed. In 1949Joan married her San Mateo High School sweetheart, Ronald Snider, and they raised fve children; including Joan's young sister, Joyce. After 40 years of marriage, she and Ron divorced, but continued to attend family functions together until his death in 2015. Joan began to work outside of the home in 1964. She worked for Wells Fargo Bank for 20 years, retiring as a corporate officer. She then worked in real estate for another 15 years, specializing in corporate relocation. Joan had a gift for making friends and had many deeply valued and enduring friendships; some going back to elementary school. Among Joan’s passions were creative writing, with a special interest in writing for children; a love of the ocean; photography; the San Francisco Giants; and Scrabble. A longtime resident of Santa Cruz County, Joan was an active member in several local organizations including Toastmaster's International, Aptos Chamber of Commerce, United Way, NARFE, and the Society of Children's Writers and Illustrators. She received many awards uncertificated for her meaningful and valuable contributions. In the 1990’s Joan volunteered as a docent at Long Marine Lab, sharing her love for the ocean and the sea life within. Church membership was also an important facet of Joan’s daily life. She was an engaged member of Mt. Calvary Lutheran Church, in Soquel, for25 years and then of Christ Lutheran Church. Joan married again later in life. She and her husband, Edward Newman, enjoyed traveling, beach walks, visiting with friends, and being aboard Ed’s sailboat moored at the Santa Cruz Harbor. After Ed died, she found a home near the harbor and made lasting connections with new neighbors and fellow harbor walkers. She lived there until she suffered a stroke in 2016. Joan will be remembered for her love of family and friends; her creative and imaginative energy; and her positive nature. She faced adversity with a can-do attitude and embodied, “where there is a will, there is a way". She met the challenges that came her way with tenacious determination and grace, and will be greatly missed. Joan was preceded in death by her husbands and her two sisters, Joyce Mazzocco and Jacqueline Reed. She is survived by two daughters: Cheryl Alexander and Kathleen (Jack) Sturgis, and two sons: David Snider and Steven (Kelli) Snider. She also leaves 12 grandchildren: Charles (Mika) Scholz, Lisa (Daren) Chadbourne Doss, Erin (Jim) Leonard, Vincent Snider, Chloe Ybarra, Shane (Ginger) Sturgis, Jeffrey (Lily) Sturgis, Jessica (Darrell)Rangel, Audrey Charlton, Jon Snider, Evan Snider, and Allyn Snider; along with 13 great-grandchildren and her nephew, Kevin (Susan) Mazzocco. In lieu of flowers, a donation may be made to Hospice of Santa Cruz County in Joan’s memory

To send flowers to the family or plant a tree in memory of Joan Newman, please visit Tribute Store
Saturday
24
September

Share Your Memory of
Joan
Upload Your Memory View All Memories
Be the first to upload a memory!
Share A Memory
Send Flowers
Plant a Tree