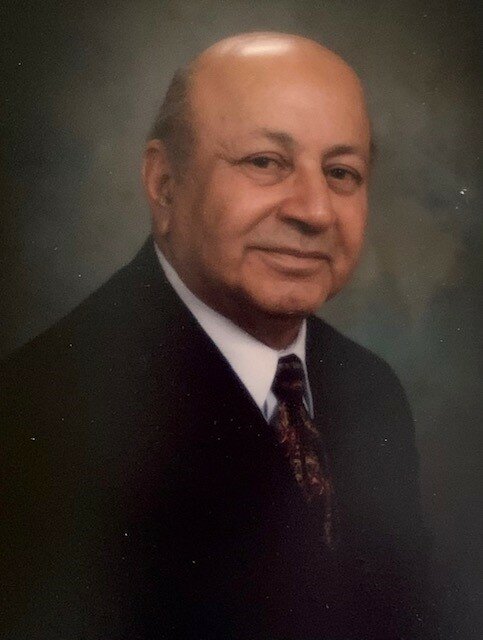 Fuad, Jamal age 93, of Felton CA and Sulaymaniyah Iraq, passed away peacefully on September 28, 2022 at his home in Felton. Jamal was born in a small village in Iraqi Kurdistan on September 15, 1929 to Adbulkarim Fuad Beg and Hapsa Rashid Baban. A curious boy who grew up to be a lifelong learner and teacher, he had an impact on this world. In 1948 he left Iraq to study at the American University of Beirut before heading to North Carolina State University and the University of Maryland earning a BS and MS in Agronomy. After a few years of work back in his hometown of Sulaymaniyah he returned to the US to earn a PhD in plant genetics at the University of Minnesota.

While at the University of Minnesota, Jamal met and married Gail (1959) and they had four children. While Jamal worked for the FAO (Food and Agriculture Org. of the UN) the family lived in many places including Baghdad, Tripoli Libya, Sulaymaniyah, Yemen, and Prior Lake, MN. Jamal was a lead researcher in corn and wheat genetics and also was a Professor at the University of Sulaymaniyah. In 1983 he left the field behind, moving back to the US (VA) where he supervised World Bank and United Nations Development projects.

In 1994, Jamal retired from the World Bank, but didn’t stop working. Divorced from Gail he married Kathy, and they spent many years both in Virginia and back in Kurdistan where he was very involved working as the Minister of Agriculture and for a year as Minister of Humanitarian Assistance. Jamal worked tirelessly on behalf of the independence and welfare of the Kurdish people. One of his beautiful legacies was engineering the planting of 600,000 trees and subsequent reforestation of Goyzha mountain outside his hometown of Sulaymaniyah..

Jamal was never one to rest. One of his biggest passions was gardening. He loved to plant and watch things grow. In his 70’s and 80’s he built a new home in Sitak Iraq and developed a sizable orchard and got into wine making. In his 90’s he moved from Annandale Virginia to Felton California where he and Kathy built a beautiful new garden. You could not visit him without getting a tour of his vineyards, orchard with six different fruit trees, Koi pond, and greenhouse where you would be encouraged to pick tomatoes, cucumbers, apricots, and quinces.

Jamal is missed and will forever remain in the hearts of many. Forever loved and missed by son, Ari (Susan) Fuad; daughters Tanya, Sonya (Tom O'Bryan), Tara (Steve Dinkin) Fuad; 12 grandchildren; 8 great grandchildren; sister Chra and wife Kathy, and numerous nieces and nephews. He was preceded in death by his parents, brothers Kamal, Ihsan, Atah, and sisters Nehmat, Suad, Sadia, and Yusria, and first wife Gail.

Jamal Fuad will be interred on Monday, October 10th at the Felton Cemetery Association, at 449 Felton Empire Road, Felton CA at 1pm. There will be a short grave-side service and then the family will greet guests at the family home in Felton.

To send flowers to the family or plant a tree in memory of Jamal Fuad, please visit Tribute Store

Share Your Memory of
Jamal
Upload Your Memory View All Memories
Be the first to upload a memory!
Share A Memory
Send Flowers
Plant a Tree