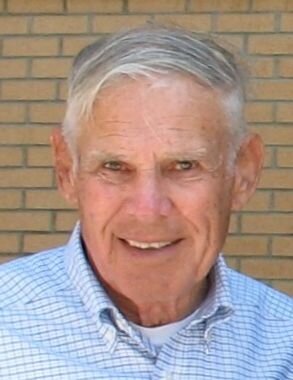 Family and friends will gather in Santa Cruz on October 30th to say farewell to beloved father, grandfather, and native Santa Cruzan, Dudley Hill who passed away at the age of 93.  Born in Santa Cruz, Dudley attended Gault Elementary School, Branciforte Junior High School, and graduated from Santa Cruz High School in 1947.  He served in the US Marine Corps from 1951 to 1953.  In 1954 he met Adele Manton and they married on October 29, 1955.  Dudley spent 34 years working for the State of California.  First, as a firefighter working for the California Department of Forestry and Fire Protection (now Cal Fire).  Then, in 1956, he joined the California Highway Patrol.  After brief assignments to El Monte and Salinas, he transferred to Santa Cruz in 1960 where he worked until his retirement in 1984.

Dudley and Adele were long time supporters and active members of High Street Community Church.  They also supported the Pajaro Rescue Mission and Dudley served for many years on their board of directors.  In retirement, Dudley was an active member of the International Police Association.  He also enjoyed attending the annual Santa Cruz Old Timers luncheons and was the recipient of their Man of the Year Award in 2017.

Dudley and Adele were accomplished travelers and enjoyed several trips to Europe and various tropical destinations.  Dudley also enjoyed trekking.  He and his brother made several adventurous treks together including hiking Mount Ararat, Mount Kilimanjaro, Machu Picchu, and to the base of Mount Everest.

Dudley’s loving wife of 55 years, Adele, preceded him in death in 2010.  He is also predeceased by his parents Mark and Mildred Hill, his sister Barbara, and his brothers Mark and Burritt.  He is survived by his two sons and daughters-in-law, Les and Sandy Hill, Ron and Pam Hill, and his daughter, Linda Hill all of Santa Cruz.  He also leaves five grandchildren; Torrey, Tyler, Megan, Patrick, and Bradley Hill and three great-grandchildren; Jackson, Charlotte, and Madeline Hill.

A reception in his honor will be held on October 30th at High Street Community Church (850 High Street) in Santa Cruz, from 2:00 to 4:00 p.m.  He was laid to rest in a private ceremony, with military honors beside his wife Adele.  In lieu of flowers, an act of charity can be made in his memory to the Pajaro Rescue Mission, 45 Brennan Street, Watsonville, CA 95076.