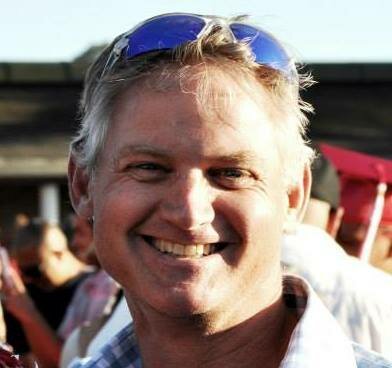 Kurt was born in San Francisco, CA on December 6, 1964, the last of five children born to Clinton Harvey Bell and Bonnie Jean Bell. He was raised in Sleepy Hollow in Marin County. Even as a child, Kurt was extraordinary - walking at seven months and out-witting his four older siblings. His genius was confirmed by all the ‘gifted’ programs every teacher promoted him to where his imagination, creativity & intellect were properly challenged. His lifelong love of hiking and the outdoors was in great measure inspired by one of those teachers, Mrs. Terwilliger, who led students on many journeys of exploration throughout the Marin Headlands, creeks, and forests.

After graduating from Sir Francis Drake High School in 1983, Kurt attended the University of California, San Diego where he earned degrees in Communication, Computer Science, and Electronic Music. Kurt continued his higher education by earning a master’s degree in Business Administration at the University of San Diego.

It was his love of soccer that led Kurt to the first love of his life, as both he and Teresa (Schwaar) Bell played for UCSD on nationally ranked teams. Together they are the proud parents of Luke Robert Bell (1996) and Erika Jean Bell (1997), both currently living in Santa Cruz, CA. Luke and Erika have continuously given Kurt so much light and joy. His pride and love for them was worn on his sleeve and embedded in his heart.

Kurt loved traveling with his children and his beloved partner since 2013, Angela Leslie, of Sacramento, CA. He was talented in music, often gracing his family and friends with his guitar playing. He loved gardening, browsing farmers markets, and cooking extravagant dishes to the delight of his loved ones. He was a devoted fan of the 49ers and San Francisco Giants, and enjoyed several hobbies throughout the years, staying active in soccer, cycling, skiing, yoga, welding, stained glass, painting, photography, and writing - the last of which earned him publication in a book of short stories.

Kurt lived large and loved immensely. He was sweet and sensitive, and brilliantly clever. He had a mischievous quick wit, delivered with a twinkle in his eye and a hint of a smile. He could elicit a laugh from even the most reserved, and often parlayed his humor to disarm a tense situation or a scolding parent.

Kurt was more concerned with what he had to offer than what he could accumulate. He volunteered with Habitat for Humanity and Santa Cruz Mountains Trail Stewardship. It was in his nature to show up when you needed help.

The family will commemorate Kurt’s life with a private ceremony. Friends and family are encouraged to leave their heartfelt notes on the Benito & Azzaro website.

To send flowers to the family or plant a tree in memory of Kurt Bell, please visit Tribute Store

Share Your Memory of
Kurt
Upload Your Memory View All Memories
Be the first to upload a memory!
Share A Memory
Send Flowers
Plant a Tree