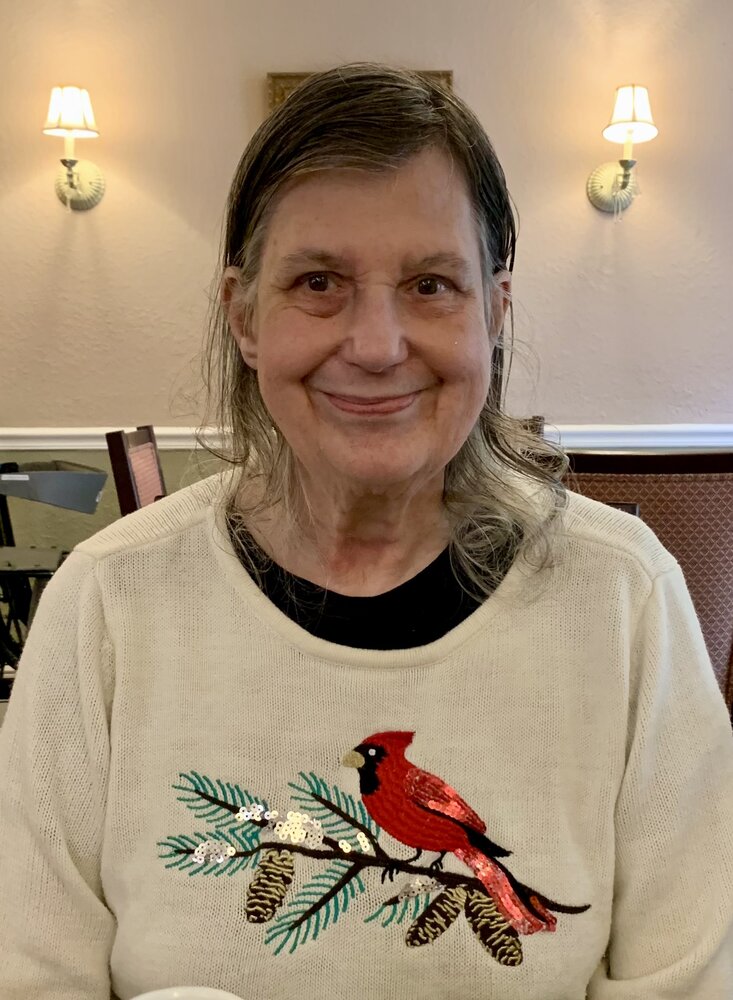 Funeral services will be on Monday January 23, for our beloved aunt and cherished friend “Katy” Hoyt who passed away in Santa Cruz at the age of 77.

Born in Pasadena, California to Sheldon and Elizabeth Hoyt, Katy as she was affectionately known by all, was stricken with polio as a youngster, yet she led her life unfettered by illness or setbacks.  Katy was proud of her independence and passionate about her Catholic Faith as she regularly attended Sunday Mass.  She mastered bowling and belonged to several scratch leagues while residing in Southern California.

When her father died at an early age, Katy traveled to distant places on the globe with her mother, as the two became a very close-knit mother daughter duo. Fond memories will continue to be shared by all of her family of her love for watching sports; the Dodgers being at the top of the list. She also really enjoyed watching ice hockey. Always a kind and playful child, Katy played ring-around-the-rosie repeatedly with her lifetime friend, Kathy Dooling.

A Catholic Blessing Ceremony will be held privately by her family at Benito and Azzaro Pacific Gardens Chapel, and her burial will take place at Resurrection Cemetery in San Gabriel, where she will be laid to rest beside her mother.

To send flowers to the family or plant a tree in memory of Katy Hoyt, please visit Tribute Store