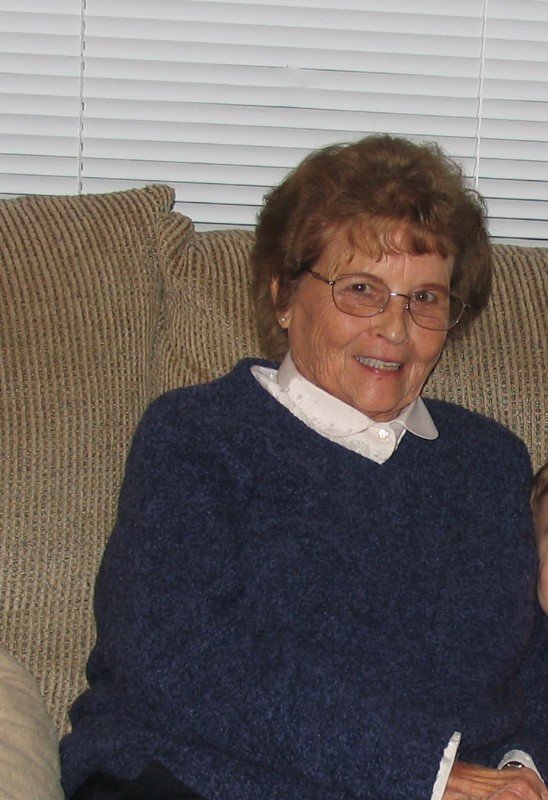 Evelyn Katherine Smith went home to the Lord on March 2, 2019 with her loving husband by her side. She was 92. Evelyn was born January 4, 1927 in Hahira, Georgia where she was raised. She met her sweetheart Ralph Smith while he was in the Airforce and stationed at Moody Field in Valdosta, Georgia. The couple moved to San Jose in 1947 where they married and had four children. The family moved to Scotts Valley in 1963 where they spent 18 years. Following Ralph’s retirement they moved to Redding, Paso Robles, Nampa, Idaho, Congress, Arizona and then to Galt, California.

Evelyn worked as a telephone operator for Pacific Telegraph. She also worked for Langendorf Bakery and later spent many years at Mt. Hermon Redwood Camp cooking and housekeeping.

Evelyn enjoyed sewing, knitting, working in her garden, painting and reading her Bible. Most of all she enjoyed being a wife, mother and homemaker. She was described by her family as an excellent cook and she will be remembered for her famous fried chicken.

In lieu of flowers, contributions may be sent to Hospice of San Joaquin 3888 Pacific Ave, Stockton, CA 95204.

Share Your Memory of
Eveyln
Upload Your Memory View All Memories
Be the first to upload a memory!
Share A Memory
Send Flowers