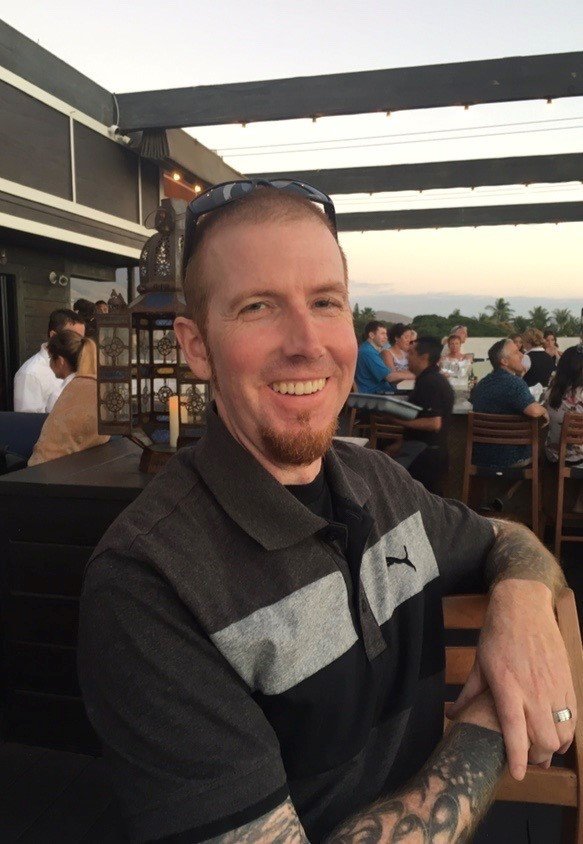 When people pass on, they are often portrayed as saints even though all human beings have frailties. But in this case, you’d have to dig hard and deep to find somebody who didn’t admire and love Travis Ian Fuidge who died on April 13, 2019 in his home in Capitola.

At the age of 42 Travis glowed with life. He loved his wife, Angela, and crowed about how smart she is. As a RN he was careful to listen to every patient, while practicing exemplary medicine framed by kindness.  He shined when he talked about playing golf and was excited about his new putter. He kept in close touch with his family and was the son to his mom every mother would wish for.

Travis lived in Humboldt County for a good part of his life. He graduated from Eureka High School, went on to the College of the Redwoods. He was a sought-after carpenter up until 2006 when he enrolled in Cabrillo College where he earned his Associate Degree of Nursing, and then went on to earn a RN. He moved to Santa Cruz in 2011 where he met his darling, Angela. They were married in Kauai in 2017.

Years ago, Travis joined with friends to form a band, Wonderland Avenue, in which he played the base. As he matured, he came to value family, spending quality time with his parents, separately as they were divorced.

Travis was a member of AA (Alcohol Anonymous.)

Travis was preceded in death by his father, Richard William Fuidge. He is survived by his wife Angela and his mother, Kathleen Fuidge, his brother, David Celli, his step son, Christian Hullar, his aunt and uncle Elizabeth and Allen Appell, and several cousins.

The family suggests instead of sending flowers, you donate to: Coastal Turning Point, a local service that acknowledges that substance abuse and mental health deteriorate a person’s quality of life. It is their belief that by utilizing evidence-based practices that they can assist in restoring meaningful, productive, and connected lives for their clients and their community. Go to Coastalturningpoint.com to donate in Travis’s name.

To send flowers to the family or plant a tree in memory of Travis Fuidge, please visit Tribute Store
Sunday
5
May

Celebration of his life