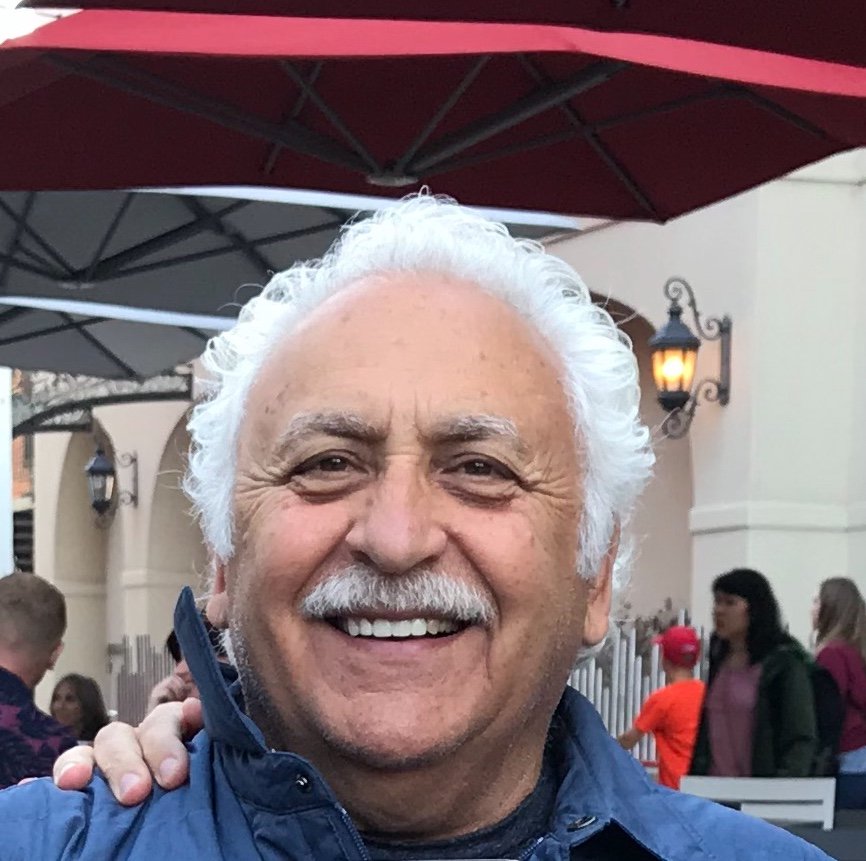 Born in Sciacca, Sicily in 1944, Angelo moved to Little Italy in New York City with his father at the age of 4. He served in the army as part of the 82nd Airborne division and, after completing his service, moved to Santa Cruz with his first wife Willow and their two children. He began a lifelong professional pursuit of the arts at Cabrillo College and UCSC before receiving his MFA from Rutgers University in New Jersey. He returned to Santa Cruz in 1976 and had two more children with his second wife, Beverly.

Angelo brought much to the Santa Cruz community through his art and imagination. He worked at UCSC in the bronze casting foundry and taught drawing and sculpture classes for many years, encouraging countless students to greater creative achievement. He founded Art School Santa Cruz and subsequently built Michaelangelo Studios, a gallery he ran for 35 years that promoted the work of hundreds of local artists. He created FashionArt Santa Cruz and celebrated wearable art each September during its 12-year run. You can find Angelo’s sculptures throughout the Santa Cruz community, from the healing bell in the Dominican Hospital garden to the 11-foot bronze centerpiece at the Land of Medicine Buddha.

Angelo loved cooking for his family and telling bad jokes, and he was a fierce competitor on his backyard bocce court. His infectious laugh brought everyone around him closer together. A life-long learner, he loved history and culture, and enjoyed sparking up animated discussions on almost any topic. He recently visited Ireland and Japan, and returned to Sicily as often as he could to visit his Italian family. Angelo never missed an opportunity to stop by Peet’s Coffee, where he taught his grandson Charlie the importance of good espresso and the correct pronunciation of “biscotti.” He drove along West Cliff almost every day and never stopped appreciating the beauty around him. His loyalty to his friends and family is unsurpassed and his unique and dynamic artist’s spirit will be forever missed.

Angelo is survived by his wife - Beverly Grova; his children - Nicole Grova, Michael Grova, Monica Grova, and Ariana Hohn; four grandchildren - Zachary Fishman, Kiara Fishman, Charlie Hohn, and Michael Hohn; and numerous other relatives from the West coast to Sicily, all of whom he loved with all his heart.

Condolences may be sent to 542 Highland Avenue, Santa Cruz, CA 95060. A memorial service will be held on September 21st at Michaelangelo Studios, more information to follow.

In lieu of flowers, memorial donations may be made to the Dominican Hospital Foundation, 1555 Soquel Dr., Santa Cruz, CA 95065.

To send flowers to the family of Angelo Grova, please visit Tribute Store

Share Your Memory of
Angelo
Upload Your Memory View All Memories
Be the first to upload a memory!
Share A Memory
Send Flowers