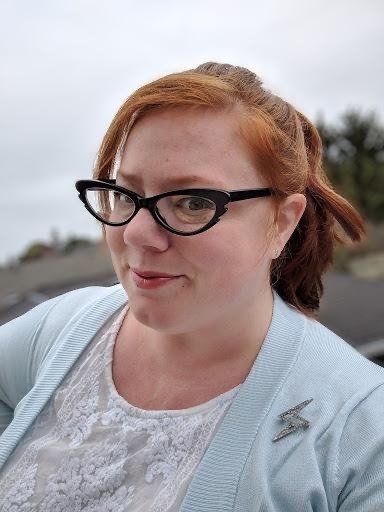 Services will be held in Santa Cruz on November 2nd for Amanda Wenona James who passed away at the age of 37 at Stanford Hospital.  Amanda was born in Santa Cruz on July 8, 1982 to John T. James and Sherry G. Talmage . She attended Natural Bridges Elementary, Branciforte Junior High, and graduated from Harbor High in 2000. Amanda attended Cabrillo College, earning her Associates Arts Degree. She furthered her education at Western Oregon University, and California State University East Bay before earning her Master’s Degree from UCSC.

Amanda worked as a media supervisor at Borders Books, and later the Technical Theater Instructor at Harbor High School. She went on to be a very beloved social studies instructor at Piedmont Hills High. In 2018, upon Cathy Warner’s retirement, became the Theater Arts Instructor at Harbor High. She will be fondly remembered as a dedicated teacher and performing arts aficionado. Many memories will be cherished by her family and fellow performers of her play directing at Cabrillo College and later as the recipient of the “Best Actress” award from Western Organ University Drama Department.

Amanda was a prolific “Disney Bounder”; creating casual outfits in homage to a variety of Disney characters. She had a lifelong love for comics and frequented Comicopolis with her daughter Eleanor.  She also enjoyed watching horror and suspense films from all eras.

A Celebration of life will be held at Santa Cruz Masonic Center (828 N. Branciforte Ave, Santa Cruz, CA) on Saturday, November 2 beginning at 11:00am.

In lieu of flowers please make a donation in Amanda’s name to California Rainbow for Girls Foundation.