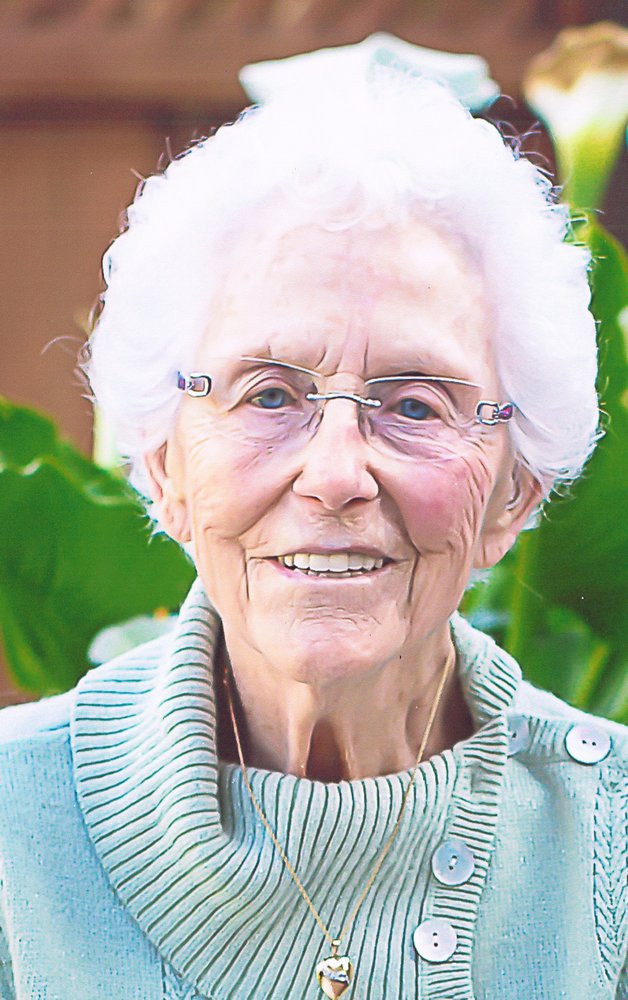 A private family gathering has taken place for Cecilia “Ce” Novak who passed away on December 5, 2019 at home, at the age of 100 years and 7 months. She was born at home on April 10, 1919 in Hickman, California, delivered by her Grandmother, and raised by both her loving paternal grandmother and maternal grandmother. The daughter of William Edgar Hall and Verna Eliza Knowles.

Cecilia graduated from Oakland High School in 1937. She was a license Cosmetologist for over 30 years. She married Henry “Babe” Novak in Oakland, California on September 23, 1939. She and Babe were actively involved in both civic and recreational organizations. Most notably, the first Capitola Begonia Festival in 1952. She felt blessed to be one of the only living souls who witnessed and worked on the first Capitola Begonia Festival, and the last one, where her family and friends “The Riverview Rascals”, took first place for their float “ Now Departing Begonia Flight 65”. At her 100th Birthday Party, she was awarded with a mayoral proclamation by the City of Capitola for her continued support of her town’s celebrated history. For more than 50 years, the couple were affectionately known by all their grandchildren, great grandchildren and friends as “ Samma and Gonkoo”.

Capitola on Riverview Drive has been their home for 74 years. Cecilia and Henry were on the bowling team at the Capitola Bowl and competed in tournaments.  Both worked in the early 50’s at the Bingo Parlor. Cecilia worked in Capitola at the Post Office, Wanda’s Salon of Beauty, Capitola Grocery and her own business C’s Beauty Shop located at home. Henry was a volunteer for the Capitola Fire Department. Their children, grandchildren and great-grandchildren have the love of Capitola today as they did.

Cecilia and Henry were members of the San Jose Mountain Goats 4-Wheel Drive Club. They traveled all over the mountains and off roads in their 1944 Military Jeep, or their 1968 CJ5. Members of The DeLaveaga Golf Club, Twain Harte Golf Club, The Surf Twirlers and The Lucky Steppers Square Dance Clubs. Cecilia was also a member of the Mid County Nineties Club of Capitola and Native Daughters of the Golden West, Parlor 26.

Cecilia and Henry bought a beautiful piece of land in Soulsbyville, California. They built their second home, and would alternate between the two, until Henry “Babe” passed away on February 10, 2004. Although the much-loved summer home was destroyed in the Amario Fire in 2012, the joy, love and memories that was shared through countless summers, will continue to live on.

She is survived by her son, Richard Henry Novak (Sheri Siegfried) of Santa Cruz; her daughter, Penny Novak Disbrow (Walter) of Soquel; her grandchildren: John Martorella (Marie) of Capitola, Patricia Martorella Proctor (Marty) of Capitola; great grandchildren: Mikaela Martorella, Jason Martorella, Zac Proctor and Max Proctor. Cecilia also leaves her niece, Linda Williams and her son Kyle; and a nephew and his spouse Darryl and Carol Kasper. She was preceded in death by her parents, her husband Henry, her brother Bill Hall and sister Georgia Williams.

Her family would like to express their deep gratitude for the love and assistance Cecilia received from her Doctor and Friend, Dean Kashino, her personal care givers, Shannon Donato, Helen Fullmer and the support and wonderful care offered from Touched by Angels, Safe at Home and Hospice of Santa Cruz. A celebration of her life will be announced later this spring.

Share Your Memory of
Cecilia
Upload Your Memory View All Memories
Be the first to upload a memory!
Share A Memory
Send Flowers