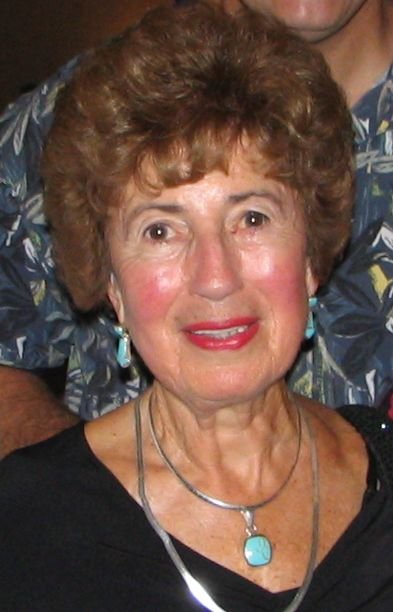 A funeral mass will be celebrated on Monday, March 16, 2020 in Capitola for Shirley Scott who passed away peacefully at the age of 86 surrounded by her family.  Born in San Francisco to George and Esther Pesce, she moved to Santa Cruz with her parents around the age of 10.  Shirley attended Holy Cross Elementary and High School and was a long time parishioner of St. Joseph’s Catholic Church in Capitola.
In 1960, she married the love of her life, T.J. Scott, in Santa Cruz. The couple would have celebrated their 60th wedding anniversary on September 18th  of this year. Shirley was very active in many community and social organizations: Beta Sigma Phi, The Daisy Auxiliary, Italian Catholic Federation, and Dominican Hospital’s Healthy Hearts, as an open heart surgery survivor.
Shirley was avid lover of music.  She loved playing the accordion as well as the piano and organ. Many fond memories will continue to be shared of Shirley’s “happy place”: lying on a raft at Lake Nacimiento, under the warm sunshine with cocktail in hand.  She and TJ were famous for hosting many parties and especially bocci ball tournaments at their home. She cherished her time with her grandchildren especially when she took them to the Santa Cruz Beach Boardwalk.
She is survived by her beloved husband T.J. Scott of Soquel, her son Alan Scott of Soquel, her daughter and son-in-law, Kathy and Mike Graff of Soquel; her two sisters; Sister Carole Pesce of the Sisters of the Holy Family of Fremont; Arline Bertelli of Kingsburg; and her brother, Robert Pesce of Santa Cruz.  She was preceded in death by her sister Barbara Jean.   Shirley also leaves her four grandchildren: Kyle and Joey Graff, and Tanya and Jonelle Scott, along with many loving extended family friends.
The mass will be celebrated on Monday March 16th at St. Joseph’s Catholic Church (435 Monterey Ave.) in Capitola beginning at 11:00-AM.   In lieu of flowers, a kind act of charity can be made to Heartland Hospice or the Daisy Auxiliary.