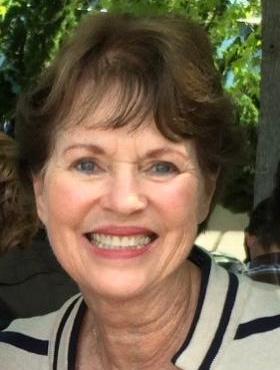 Ann Therese (Cashman) Michaelis – Beautiful wife, amazing mother and the best grandma ever, passed away on April 16, 2020 in Santa Cruz at the age of 78 after a courageous battle with Alzheimer’s. Ann was born on September 12, 1941 to Edward and Kathleen (McLaughlin) Cashman of Mankato, MN. She was the second oldest of five kids. Her older brother, Tom, passed away in 2015 due to a similar difficult journey with Alzheimer’s. Ann is survived by the love of her life and husband for 56 years, Chuck Michaelis; her three children, Tom Michaelis and his wife Kristina, Casey Michaelis and his wife Sabrina, and Joe and Nicole Michaelis; her 8 grand- children, Alex, Mikaela, Jack, Brianna, Colby, Carter, Lia, and Brodie; as well as her brother, Dick Cashman and his wife, and her sisters, Kathy Lamberger and her husband, and Pat Mathison and her husband; and many nieces and nephews. Ann attended Good Counsel Academy in Mankato where she graduated high school in 1959. She was named Miss Mankato in 1960. She went to college at Mankato State and the University of Minnesota where she studied Clinical Laboratory Science and then became a licensed Clinical Laboratory Technologist in 1964. Ann married Chuck Michaelis on December 27, 1963 in Mankato. After they married, they moved to California and lived in Gustine for two years then moved to Fremont and lived there for two years. In 1968 they ended up moving to Santa Cruz and have lived here ever since. Ann worked at Community Hospital and Dominican Hospital in the lab for over 40 years until she retired at the age of 70. She was very active in the community, including the endowment program at Star of the Sea Church, starting a Cancer Survivors Support Group after she was diagnosed with breast cancer in 1996, and one of her biggest accomplishments was coordinating and fundraising for a new pool house and bleachers at Harbor High School which was named in her honor, the Aquatic ANNex in 1990. She loved spending time with family and friends (especially the LERTS) and enjoyed traveling to visit family in Minnesota and trips to Ireland. She was always smiling, happy, and willing to help anyone. She will be missed dearly. The Michaelis family would like to thank all of the friends and family who helped us care for her. In lieu of flowers please donate to the Alzheimer’s Association. Given the current situation we will be deferring a celebration of life until we can gather again together.

To send flowers to the family or plant a tree in memory of Ann Michaelis, please visit Tribute Store