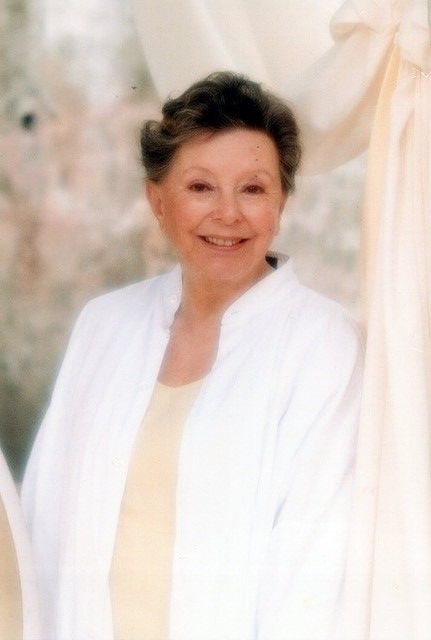 Norma Jean Kriege age 87, of Capitola died April 29, 2020 after a brief illness. She was born October 24, 1932 in Carmel,CA. She is the daughter of the late Morey and Dorothy Fleming of Santa Cruz.

She is survived by her loving, husband Daniel Kriege. Dan and Norma were happily married for 67 years. They were high school sweethearts.

Norma was an entrepreneur before the world knew the word. She went back to school at age 40 to get her degree in philosophy. She started a business called Stretch and Sew with relatives. In addition, she was a founder of a non-profit mental health clinic. She was the parish administrator of Star of the Sea Church. She was also the creator of The Chalmers Vestment Collection. Also, she was known for her couture sewing and knitting.

Norma and Dan enjoyed traveling extensively throughout the world, but their favorite place was always their home in Capitola. They enjoyed entertaining family and friends in their historic, Victorian home.

A viewing will be held at Benito & Azzaro at 1050 Cayuga Street Santa Cruz. A private Mass of Christian burial will take place at a later date.

Donations can be made to the Endowment Fund for Star of the Sea Church at 515 Frederick St, Santa Cruz, CA 95062.

To send flowers to the family or plant a tree in memory of Norma Kriege, please visit Tribute Store

Share Your Memory of
Norma
Upload Your Memory View All Memories
Be the first to upload a memory!
Share A Memory
Send Flowers