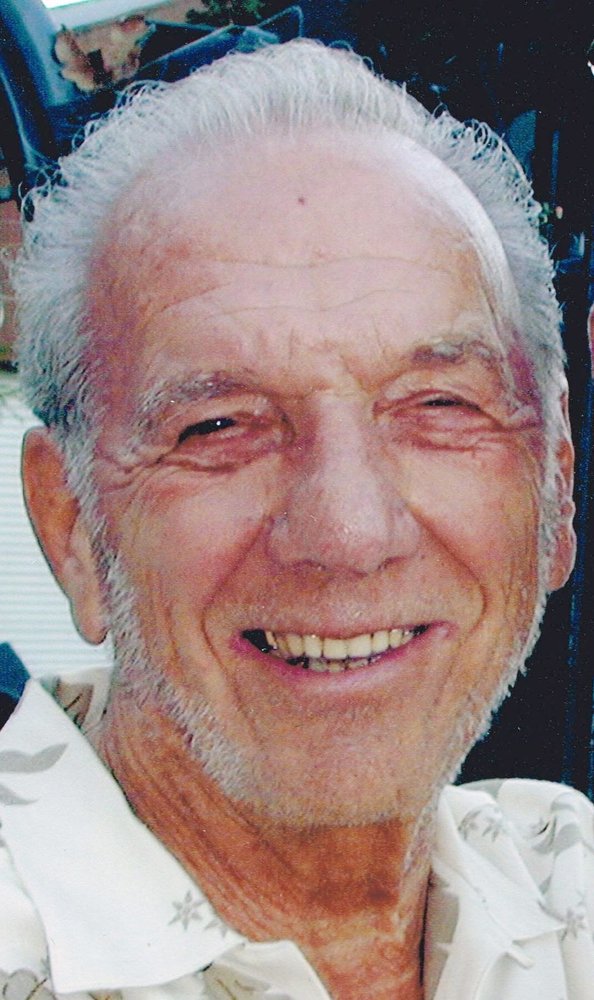 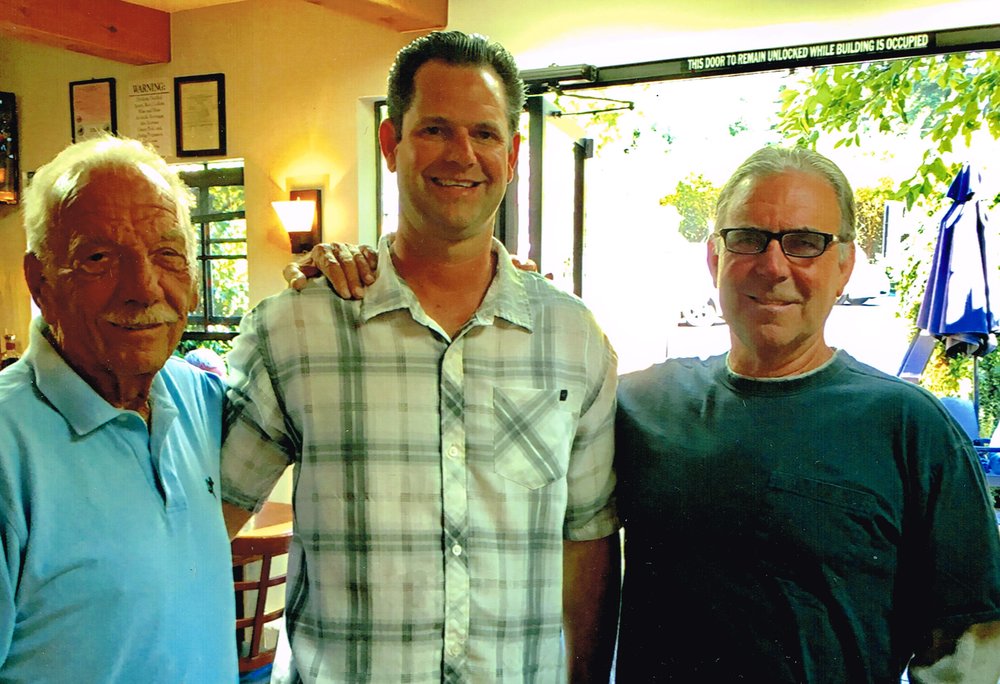 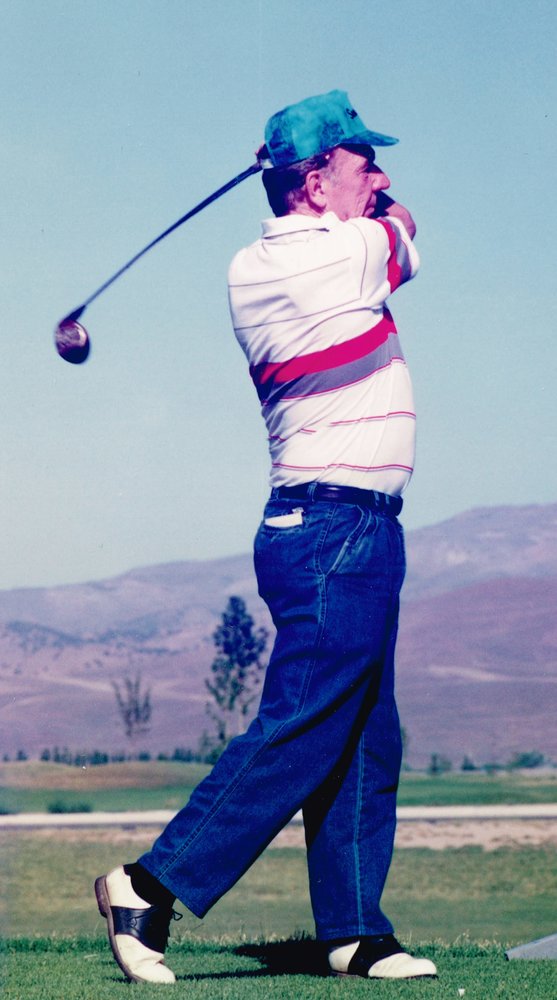 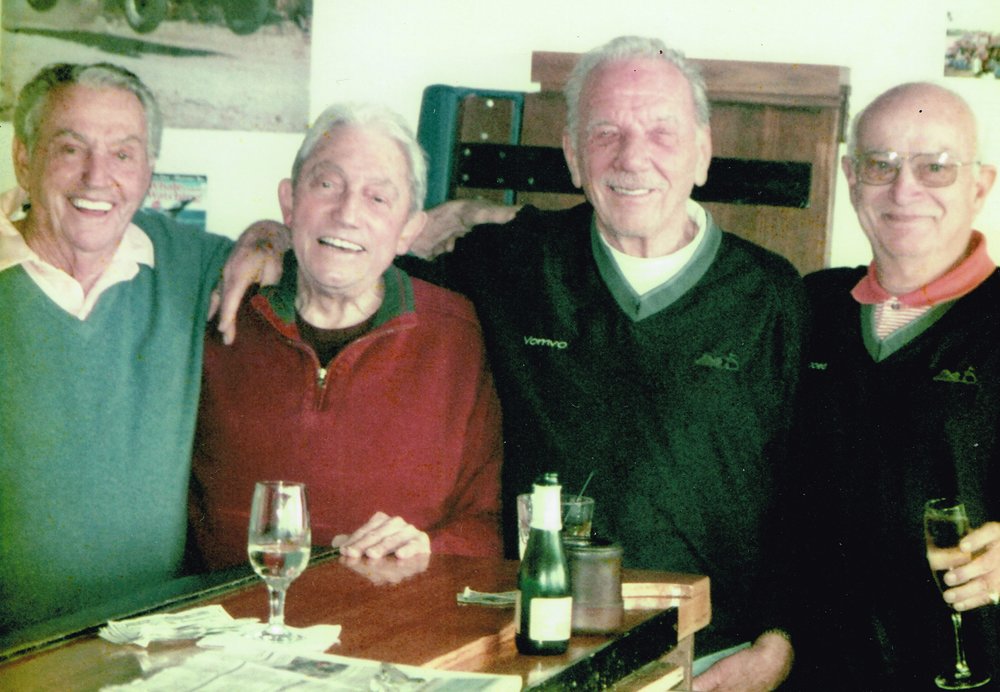 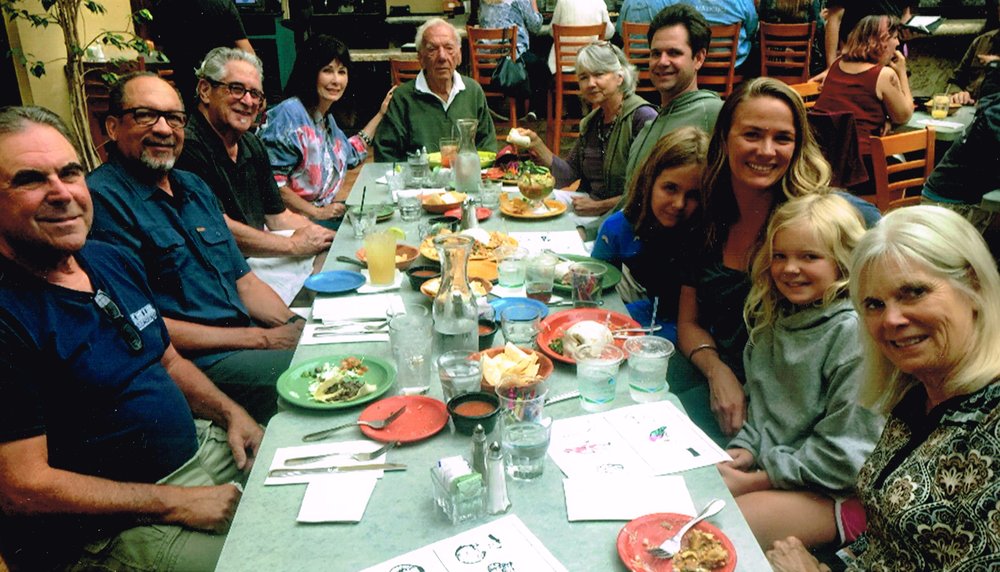 Friends and family are mourning the loss of George Vomvolakis who passed away at the age of 90.  Born in Davenport, California to Antonio and Ellen (Spezia) Vomvolakis, he was one of nine children, and the oldest son.  The family moved to Santa Cruz and George attended Mission Hill Middle School.  In 1947, he graduated from Santa Cruz High School where he excelled in baseball, basketball, and football.

George joined the Air Force at the age of nineteen, and was stationed at Larsen Air Force Base in Washington state.  He married Patricia (Antonelli) and their son Steven was born while they were living on the base. Upon his military discharge in 1952, they moved back to Santa Cruz where George worked for Pacific Bell Telephone Company, and enjoyed coaching Little League all throughout the 1960’s. George and Patricia divorced in 1968.

In 1970, he partnered with Ellsworth, Jon, and Lance Bei to open the DeLaveaga Golf Lodge Restaurant, with Marci Bei becoming a partner some years later. He retired in December 2016 following a career of 46 years at DeLaveaga where he truly enjoyed working and golfing with his friends.

George was married to Jeanine (Quadros) in 1972. She preceded him in death in 2000.  He is survived by his brother Nick; his son, Steve (Terri Newlove) Vomvolakis; his grandchildren: Sara Keller, and Pete Vomvolakis (Lisa Stelle); his great grandchildren: Alexa, Danielle, and Joshua Keller; Mia and Anna Vomvolakis; his stepsons; Stephen and Norman Quadros, along with many loving nieces, nephews, and extended family including Jason Keller.

Our deepest appreciation goes to caregivers Laura Vadenais, Christina Atkinson, Ana Lucia Davidson, and to Dr. David Beck for their loving kindness and care for George.  He was laid to rest in a private ceremony at Holy Cross Cemetery in Santa Cruz. A kind act of charity in George's memory may be made to Bariteau/Schultz Delaveaga Jr. Golf Scholarship Fund, 401 Upper Park Road, Santa Cruz, CA.  95065 (501cnon-profit)

To send flowers to the family or plant a tree in memory of George Vomvolakis, please visit Tribute Store