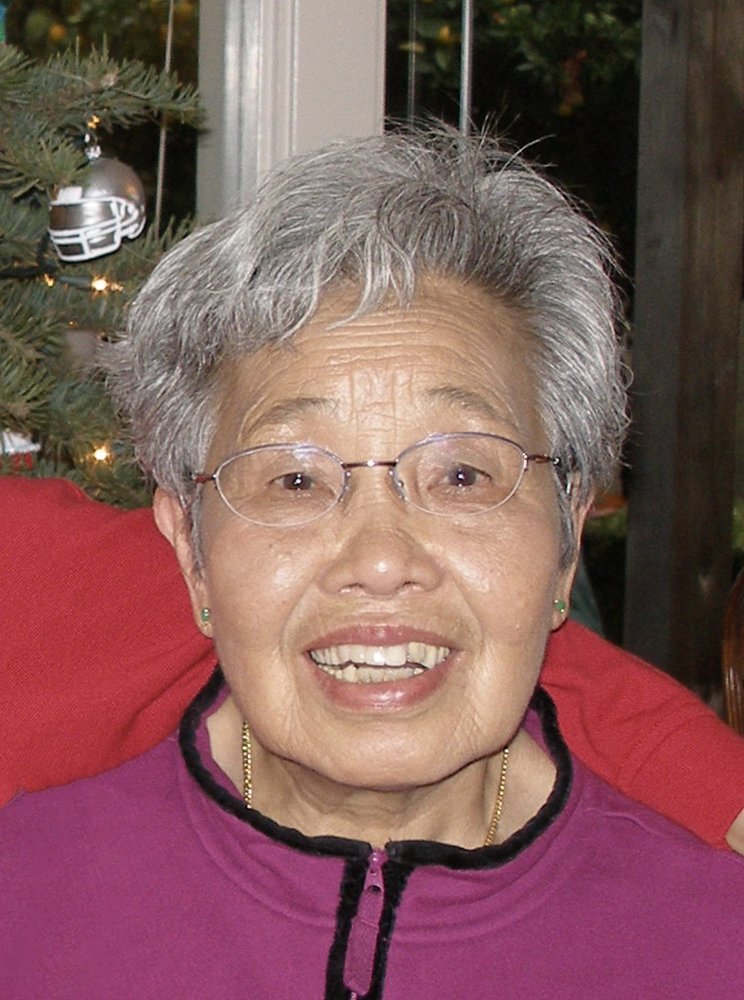 A private graveside ceremony is planned for Sue Lim who passed away peacefully at her home in Redwood City this past week at the age of 91.  Born and raised in Toishan, China she immigrated to the United States at the age of 19. Her father returned to China in June 1947 to bring Sue and his wife to the United States to flee the communist takeover. They arrived in San Francisco on July 3, 1947, on the steam ship, USS General M.C. Meigs. The voyage took a total of 18 days from Hong Kong to San Francisco. The first U.S. landmark she witnessed was the Golden Gate Bridge.

Sue was a hardworking, dedicated mother and wife. She enjoyed cooking, sewing, and gardening. She especially loved watching her grandchildren grow, attend, and graduate from college and embark on their careers. Her love, strength, and support of family will forever be cherished.

Sue is survived by her sons: Garry Lim and his wife Suzanne of Palo Alto; and Larry Lim of Redwood City, and daughter: Jessie Lim and her husband Jeffrey Tung of Redwood City. She also leaves behind her four beloved grandchildren David and Sarah Lim and Brett and Alec Tung.

A visitation for family and friends will be held on Tuesday, September 29th at Benito and Azzaro Pacific Gardens Chapel from

All are welcome to visit and pay their respects.

She will be laid to rest beside her late husband Mike at a private graveside ceremony on Wednesday at Oakwood Memorial Park. When it is safe to gather again as a community, a celebration of her life will be announced.

In lieu of flowers, the family requests donations to the American Heart Association, or organization of your choice.

To send flowers to the family or plant a tree in memory of Sue Hing Lim, please visit Tribute Store
Tuesday
29
September

Visitation for Family and Friends

Share Your Memory of
Sue Hing
Upload Your Memory View All Memories
Be the first to upload a memory!
Share A Memory
Send Flowers