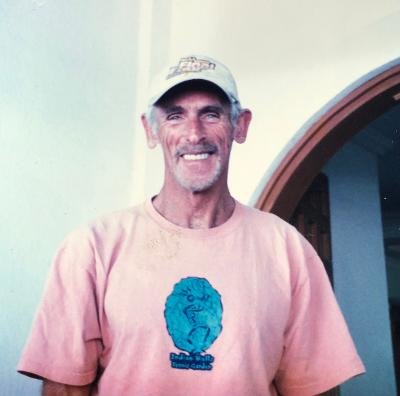 Obituary of Mark B. Rosen

Mark Rosen passed away on December 18, 2020 at the age of 77 due to complications from a serious stroke suffered nearly five years ago.    He was born in Hartford, Connecticut.  His parents were Florence and Harold Rosen.  He had a sister, Judith Rosen.  Mark was preceded in death by his parents and his sister.  He is survived by his wife of 17 years, Mary Wood; his daughter Elizabeth Stipher (Jason), grandchildren Luka and Finley Stipher; and his step-daughters Natalie and Jenna Belton.

Mark’s early years were spent in Connecticut, Oakland and Redwood City.  He attended elementary school in North Hollywood. His first job was delivering the Los Angeles Times on his bicycle.  Mark’s well-known love of sports started early with baseball and football.  As a boy he played in three summer baseball little leagues at once – North Hollywood, Hollywood and Los Angeles.  He was bored in school and sometimes would bring the LA Times sports section so that he could handicap horse races at Santa Anita and Hollywood Park.  When he was in junior high his family moved to the Willow Glen area of San Jose.  He attended Willow Glen High School and graduated in 1961.  He was an athletic star in high school football and baseball.

During high school, Mark was recruited by several colleges for football.  He chose Stanford University and attended on a football/baseball scholarship. He signed with the Boston Red Sox after completing his freshman year at Stanford. He spent four and one half years in the minor leagues.  To complete his college degree, he attended San Jose State in the off seasons and earned a degree in political science in 1968. Shortly thereafter, he was drafted into the U.S. Army to serve in the Vietnam War.  First Lieutenant Mark Rosen was a Distinguished Honor Graduate of the U.S. Army Engineer Officer Candidate Engineer School at Fort Belvoir, Virginia, 1969.  One year of his commission was spent in Vietnam where he earned a Bronze Star (1st O.L.C.)

Mark was accepted and considered going to law school.  However the draw of an active, physical career called to him, and he instead chose a rewarding career with the Santa Clara City Fire Department.  Captain Rosen excelled as a leader in the Department and was highly regarded by his fellow firefighters for his cool leadership under pressure, intelligence, athleticism and sense of humor.  Mark was a great motivator of people and there was never any shortage of young firefighters who wanted to bid onto Mark’s crew.

Mark and his first wife, Jeanne, settled in Santa Cruz and later, had one child, Elizabeth, in 1977.  Mark was an adoring and involved father to Beth. She was also an accomplished athlete, and Mark proudly participated in her successful high school (Harbor High), club and college (University of Portland) volleyball careers.   Beth and Jason’s children, Luka and Finely brought great joy to Mark.  He enjoyed spending time with them, pulling pranks together and being pen pals.  He was a proud and engaged grandpa.

Jeanne and Mark divorced and after many single years, Mark married Mary Wood and they purchased an old farmhouse on five acres in the Aptos Hills where he helped raise young Natalie and Jenna.  The four had many adventures at the “Digging Dog Ranch” including learning about the native wildlife, raising chickens, growing vegetables, playing sports on the “field of dreams”, tractor rides  and trying to keep their dogs “Kaya” and “Kona” out of mischief.  They also enjoyed hiking in the Eastern Sierra.  He spent many hours at Natalie’s water polo matches and swim meets at Aptos High School.  He immensely enjoyed Natalie’s creative art and handmade birthday cards and singing voice.  He was a mentor, motivator and coach to Jenna in her sport of beach volleyball.  He was integral in Jenna being a four year starter on the University of Southern California’s three time national collegiate championship team.

Mark was a talented, dedicated and fiercely competitive athlete.  He was extremely dedicated to fitness and to that of his family.  In his retirement years, he enjoyed tennis, golf, running, beach volleyball and hiking.  For a time he competed in NorCal U.S. Tennis Association adult tournaments and was rated as an accomplished 5.0 player for many years. Mark was a long time member of both Imperial Courts Tennis Club and Seascape Sports Club.  He leaves many friends at both clubs.  After his stroke, even though Mark could no longer play tennis, for as long as he was able, he continued to lift weights at Seascape Sports Club with the assistance of Mary and his long time caregiver, Adriano.

Mark’s fighting spirit and great love for his family is missed by his loved ones.  A Celebration of Life will be held sometime next year, when his many friends and family can gather safely to honor and commemorate his life.  If desired, contributions may be made to the Aptos Sports Foundation, P.O. Box 2405, CA 95001 in honor of Mark and his love of sports.

To send flowers to the family or plant a tree in memory of Mark Rosen, please visit Tribute Store

Share Your Memory of
Mark
Upload Your Memory View All Memories
Be the first to upload a memory!
Share A Memory
Send Flowers