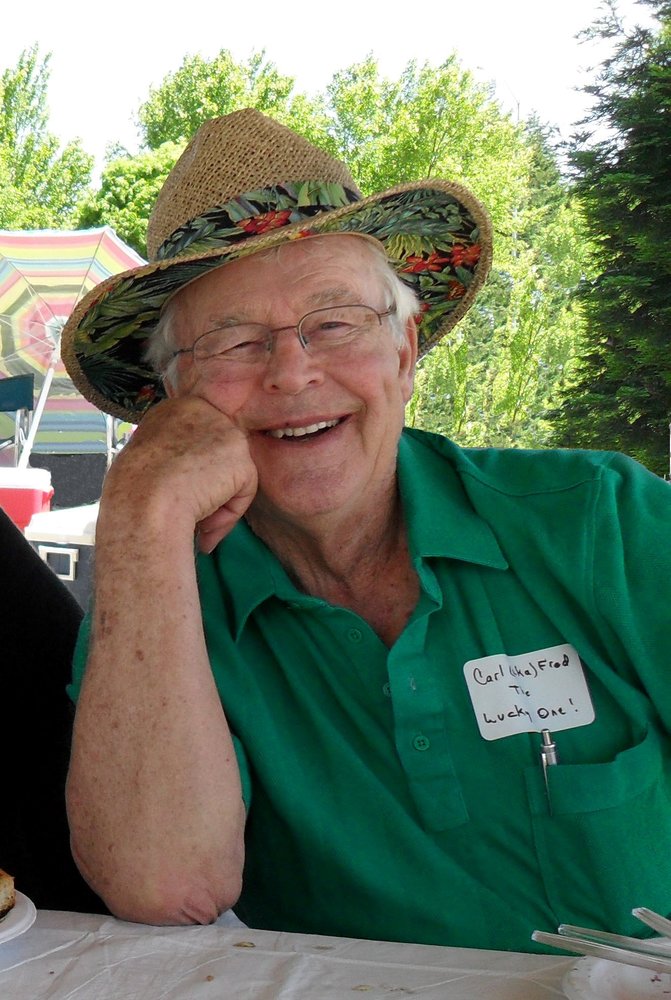 A funeral mass is being planned for a later date to celebrate the life of Carl Schaarschmidt who passed away at his Dominican Oaks residence at the age of 91.  Born in Toledo, Ohio to Fritz and Frieda Schaarschmidt, he graduated from Burnham High School in Sylvania, Ohio in 1947.  Following graduation, he joined the United States Marine Corps and while stationed at Camp Pendleton in Southern California he met the love of his life Barbara Mazy at her High School dance at Eagle Rock HS.  Upon her graduation they married in 1950 and enjoyed 70 years together, raising eight children, and building their home off old San Jose Road in Soquel.

For more than 21 years, Mr. Schaarschmidt worked as the plant supervisor at UCSC.  He was a master craftsman, cabinet maker and builder as well; with many beautiful furnishings that he created for churches, charities, family and friends.  Many fond memories continue to be cherished of his sons working with him, on the construction of their home in Soquel, which he designed and built.  Fondly called Opa, Mr. Schaarschmidt loved family gatherings and celebrations, especially spending time with his grandchildren and great grandchildren.  Opa was the patriarch of his family and will be fondly remembered for his faith, love and humor.

A funeral mass will be announced later in the year and celebrated at St. Joseph’s Catholic Church. He will be laid to rest in Soquel Cemetery, beside his son Paul, who preceded him in death in 2000.

A kind act of charity made to the I.C.F. Scholarship Fund is deeply appreciated.

To send flowers to the family or plant a tree in memory of Carl Schaarschmidt, please visit Tribute Store

Share Your Memory of
Carl
Upload Your Memory View All Memories
Be the first to upload a memory!
Share A Memory
Send Flowers