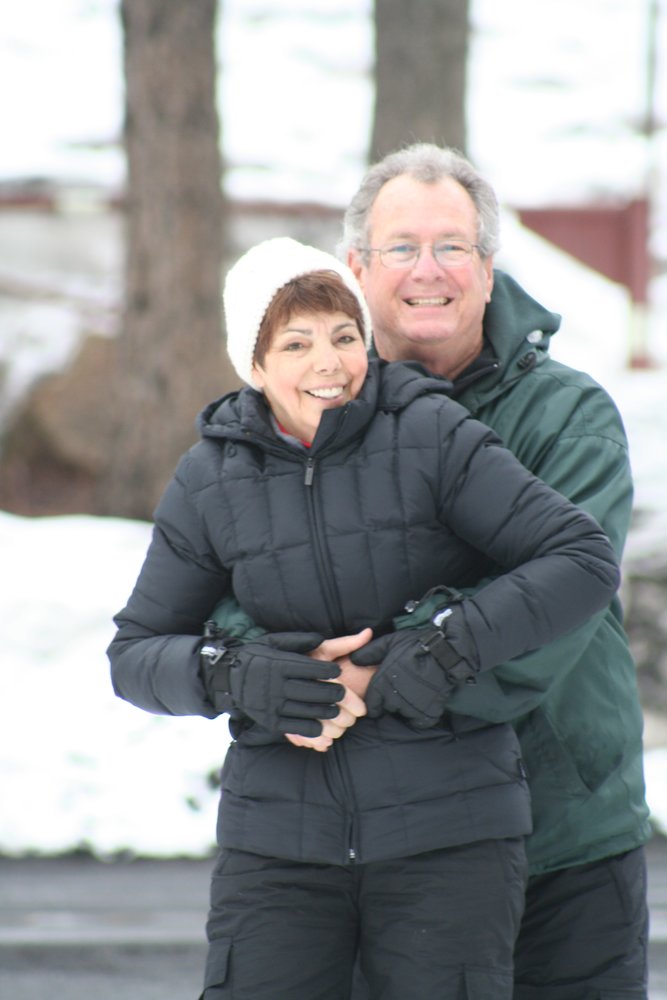 Ronald Merritt Fish passed away peacefully in the early morning of Tuesday, February 12th, 2021 with his wife and two sons at his bedside, following a battle with cancer.

Ron was born on March 21st, 1947 in Medford, Oregon to Maj. Richard Donald Fish and Ruth Ann (Bestwick) Fish.  Ron lived in many places growing up since his father was in the military.  This included Taiwan and Japan following the occupation of WW2.  They later lived in San Francisco, Paso Robles and Pacific Grove while his father was stationed at Fort Ord.

While in Pacific Grove, Ron attended Pacific Grove High School, graduating in 1965.  During this time he met his forever love, Janice Ann Fish (Sierra).  Jan was cautious, as she would later say, “Ron is an only child.” Jan was coming from a large family, as Ron was coming from a small family, and they would eventually learn to make things work (very well) together. Both Ron and Jan were young, but they were in love.  Jan told her mother that she knew she wanted to marry Ron, even though her father was skeptical.   On March 24th, 1966 Ron and Jan married, deeply in love, and with a small goal to prove any doubters wrong about their young love.

During the same year of 1966 Ron enlisted in the United States Army.  Ron and Jan moved across the country as a young married couple so that he could complete his basic training at Fort Polk, Louisiana.  After doing so, he completed helicopter maintenance training at Fort Rucker, Alabama.  He was later accepted to helicopter flight training at Fort Walters, Texas         and Fort Rucker, Alabama for a total of 9 months.  He was eventually assigned to the 189th Assault Helicopter Company in Vietnam.  Jan moved back to Pacific Grove to be with her family and Ron’s family while waiting his return.  The couple decided to wait to have children, due to Ron going to Vietnam.

Ron served in Vietnam from October of 1967 until October of 1968 flying Huey Gunships, including the battle of Dak To and the 1968 TET offensive.  Ron was blessed to have survived three separate helicopter crashes during his service, one of which led to two of four crew members perishing, one being his best friend.  Ron received The Distinguished Flying Cross, The Army Commendation Medal, The Air Medal as well as The Air Medal (First Oak Leaf Cluster).  Ron was honorably discharged on December 10th, 1969 at the rank of Chief Warrant Officer 2.

Ron returned from Vietnam to fulfill his promise to Jan that they would start a family and build a life together.  He always held the perspective that since he survived Vietnam, everything he was able to experience in life was “gravy.”  In 1969, Ron and Jan gave birth to their first son, Christian “Chris” Thomas Fish, on the US Army base in Fort Rucker Alabama.

In 1970, Ron, Jan and Chris moved back to California to be near family in Monterey, Ca.  From 1970 to 1973 Ron was a managing partner of the Grapevine Liquor Store in Carmel, Ca.

In 1974 Ron and Jan had their second son, Stefan Merritt Fish in Carmel, California.

In 1975 Ron and Jan moved to Santa Cruz which they would call home for the remainder of his life.  Ron began a career spanning 30 years as a distributor for the San Francisco Chronicle and Examiner. Within these 30 years, Ron purchased a liquor store, and eventually undertook development and ownership of an entire shopping center. Ron worked seven days a week to achieve his goals, often sacrificing family vacations to provide for his family.  He later retired to spend time with his family and take those long overdue vacations, while also caring for his parents.  He would often help Chris with his work and volunteered over 500 hours as a Sheriff’s Volunteer with Stefan at the Santa Cruz County Sheriff’s Office.  He loved being with his sons.

Ron and Jan got the opportunity to take several trips throughout the world.  They shared their experiences with others and enjoyed learning the cultures of different countries.  He always said his favorite vacations were with his family.  Both were animal lovers, always having dogs and cats.  It was often joked that there was a “vacancy” sign outside their door for new animals.

Seven grandchildren entered their lives, expanding their family to form their “pack.” Ron took great pride in being supportive to all, and it was clear how much love he had for his family.  He would always joke and tell his grandkids that they were part of the “kidding family.”  Usually this meant his signature bunny ears over someone’s head in a picture, a point to your chest followed by “made you look” or a prank card.  He was forever known by the label given by his grandchildren as “Gamp.”  He was honest, respectful, fair, loyal, conscientious, loving and generous. Ron would never expect his loved ones to do something that he wasn’t willing to do himself.

We love you so much, dad. Your memories will live on forever in our hearts and our minds. We miss you like crazy.

A private family service will be held at Benito and Azzaro Pacific Family Chapel, 1050 Cayuga Street, Santa Cruz, Ca. on Friday February 19th, 2021 at 2pm.  Those who wish to share their condolences and reflections are encouraged to do so on the Benito and Azzaro homepage.

A graveside burial service and celebration of life gathering will be scheduled later. Ronald will be laid to rest at Oakwood Cemetery, 3301 Paul Sweet Road, Santa Cruz, Ca.

In lieu of flowers, contributions may be made to the Santa Cruz County “Fallen Officer Foundation” @ www.fallenofficerfoundation.com.

To send flowers to the family or plant a tree in memory of Ronald Fish, please visit Tribute Store

Share Your Memory of
Ronald
Upload Your Memory View All Memories
Be the first to upload a memory!
Share A Memory
Send Flowers
Plant a Tree