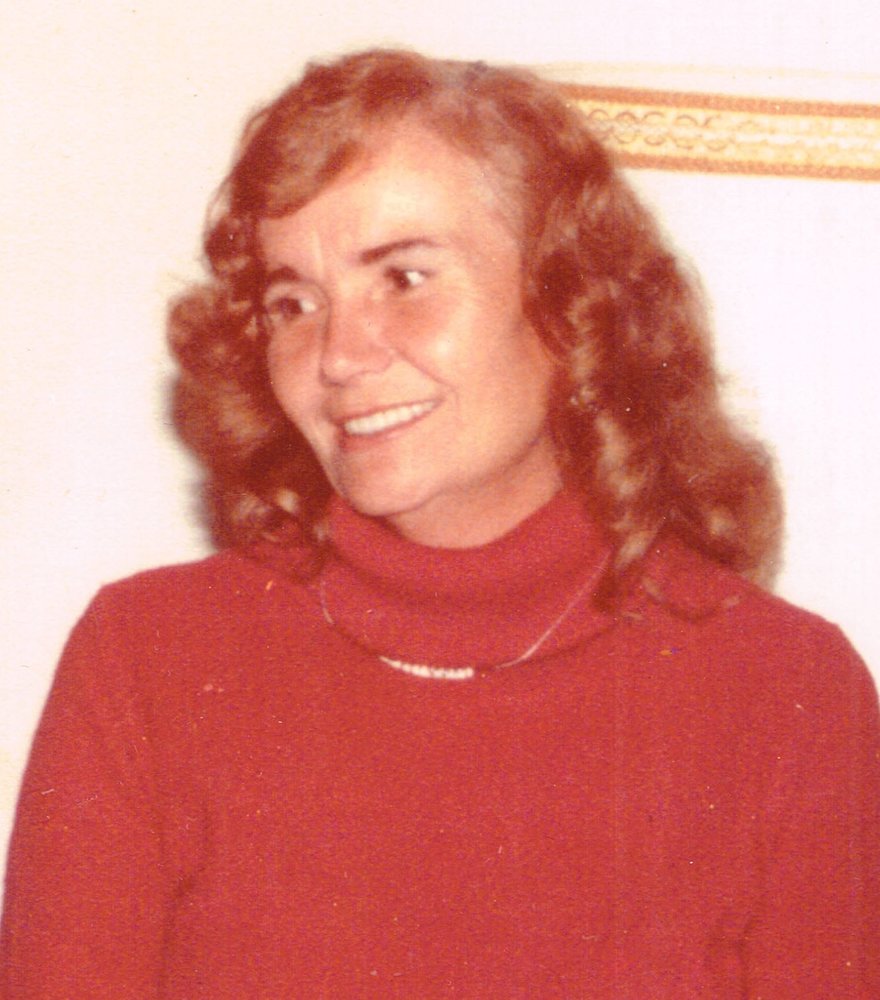 Hildegard Gertrude Barbic left us peacefully at her Santa Cruz home at the age of 89 with her beloved family at her bedside. The cause of death was congestive heart failure.
Hilde was born in Frankfurt Germany to Wilhelm and Lina Kriegshammer.
Hilde loved growing up in Frankfurt and talked often about how much she enjoyed riding the streetcar or her scooter to gymnastics, swimming, and singing in the Frankfurt Radio Station Choir. Hilde was also proficient at playing the accordion and her children remember her playing it at many competitive games of musical chairs as their mother timed her pauses to deliver the most humorous effect.
Hilde met and fell in love with a dashing American army Sergeant, George Edward Barbic in Budingen, Germany. They later married in Stockheim where the first of their eight children (Teresa) was born.
During her life Hilde balanced her role as a homemaker raising eight rambunctious children with helping her husband, George, build a thriving roofing company and managing the real estate they acquired throughout the years.
Hilde loved to travel and traveled extensively with her husband and family. Hilde took many trips with various family members and cherished the travel and the time spent with whichever one of her children were accompanying her on the adventure.
Hilde had a great sense of humor and loved to socialize and have fun. In conversations with her nothing was sacred, and you always got the unfiltered version. You also knew exactly where you stood with her.
Hilde also loved playing tennis and continued to play into her eighties until knee problems forced her to stop. Hilde loved her time spent at La Madrona Tennis Club and then several decades at Imperial Courts Tennis Club where she made numerous friends and spent many days socializing and  competing on the tennis courts. It was a joy for Hilde to watch several of her daughters follow her footsteps onto the tennis courts and play competitively through various tournaments, high school and college winning numerous matches and awards. Hilde was always at their tennis matches supporting them and cheering them on.
Hilde was fiercely loyal to her children and while she could be very demanding she always loved and helped them in any way she could, especially in their times of need.
Hilde was preceded in her death by her parents Wilhelm and Lina Kriegshammer, her brothers Werner and Helmut Kriegshammer and her beloved son Paul Barbic.
Hilde is survived by her husband of 69 years George Barbic, her children and their spouses Teresa (Tim) Kelly, Sonja (Jeff) Keene, George (Diane) Barbic, Jackie (Paul Wright) Barbic, Tina (Ken) Churich, Andrea (Jay) Taylor, Dawn (Wilson Lau) Barbic and her niece Conny Kriegshammer.
Hilde also leaves behind numerous beloved grandchildren and great grandchildren: Erik (Shayna) Barbic, Lindsay Barbic, Jaclyn (John) Kucharski, Tiffany (Ben) Santana, Jennifer (Greg Saveedra) Keene, Tara (Justin) Hammond, Timmy Kelly, Katarina Churich, Michael Churich, Logan Lau, and Jasmine Lau. Her great grandchildren are as follows: Kyle, Cameron, Brayden, Levi, Caleb, Matthew, Alex and of course Lina.
As Hilde’s health failed her in her later years she was blessed with wonderful, kind, and thoughtful caregivers who treated her with respect and dignity. Special thanks to the following caregivers: Mariella, Viviana, Lilianna, and Orlando.
We would be remiss in also not mentioning that Hilde also was blessed with wonderful neighbors who brightened her day and brought her much joy.
A memorial service will be held at Benito & Azzaro Pacific Gardens Chapel, 1050 Cayuga St, Santa Cruz, CA on Saturday July 24, 2021 at 11:00 a.m.
In lieu of flowers please donate to the American Heart Association, American Cancer Society, Cancer Institute, St Jude's Children's Hospital, or your charity of choice. To express your condolences or to share a memory with Hildegard's family please visit www.pacificgardenschapel.com.

To send flowers to the family or plant a tree in memory of Hilde Barbic, please visit Tribute Store
Print
Saturday
24
July