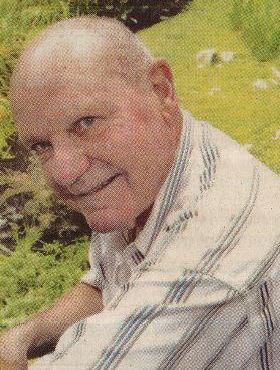 Gilbert Warren Cummings, known as “Bud”, passed away at 89 years old. He was a native of Genoa, Illinois. He moved out to the West Coast and became a longtime resident of Santa Cruz, California. Bud worked in Santa Cruz at Palomar Hotel, as the head custodian for Soquel High School, and 7Up Bottling Co. in his early years. From there he went on to open his own business, “Santa Cruz Coin Exchange”. Besides his love for coins, he also was an entrepreneur in his own right, buying and developing real estate. He was one of the founders of Coast Commercial Bank and on the board of directors for several years. He had a passion for traveling the world, which he did for over 40 years. Aside from his family, his greatest love was his canyon where you could find him gardening every day. His secret garden can be admired along the railroad tracks in the harbor. He had such a passion for digging and working with the earth, growing and creating beauty through nature. He is survived by his wife Martina Cummings, and his children, Karen Martin, Russell Cummings, Vickie Knemeyer and Nicole Matty, seven grandchildren and one great grandchild. He is also survived by his three sisters, Mary Bill, Nancy Jellison, and Judy Cobb. There will be no public service. A private family celebration of life will occur at a later date. The family thanks you for your sympathy. In lieu of flowers, or gifts, you can honor him by donating to your favorite charity.

To send flowers to the family or plant a tree in memory of Gilbert Cummings, please visit Tribute Store

Share Your Memory of
Gilbert
Upload Your Memory View All Memories
Be the first to upload a memory!
Share A Memory
Send Flowers
Plant a Tree