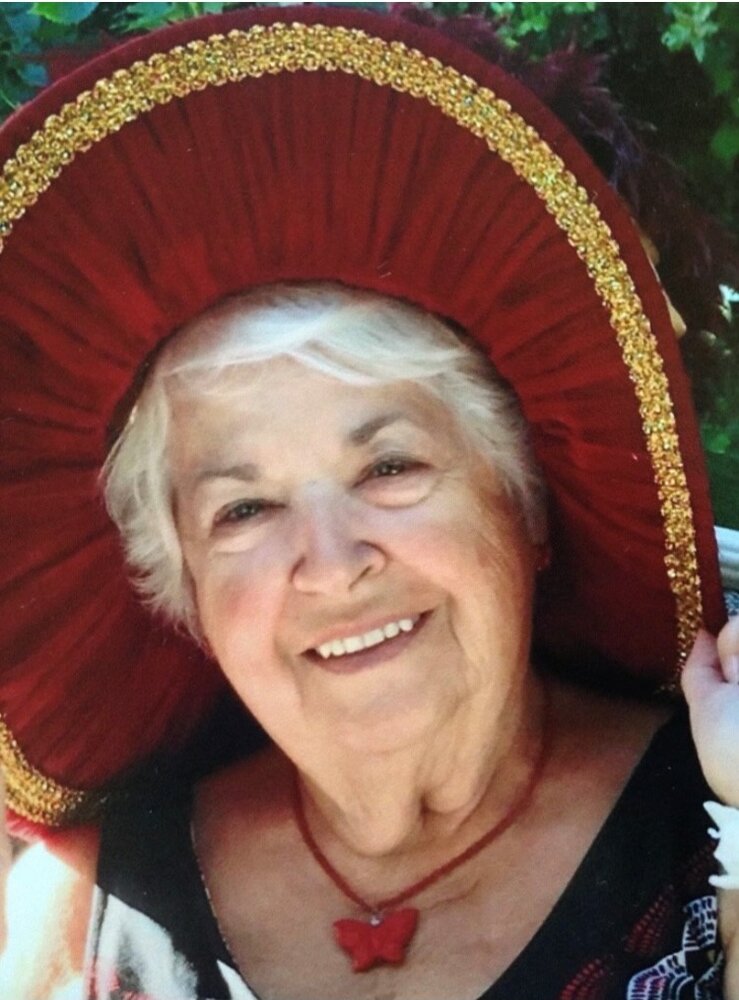 Patricia “Pat” T. Teherani passed away on October 3, 2021 following a courageous battle with Cancer. She was 80. Pat was born in Santa Cruz on February 17, 1941, the daughter of Albert J. Marshall and Elizabeth “Elsie” B. Marshall. She grew up in Santa Cruz where she was a graduate of Holy Cross High School, class of 1958. Pat met her husband Al Teherani a recent immigrant from Iran at Facelli’s Restaurant where Al worked as a waiter. The couple married and built a life together in Santa Cruz and were blessed with two children; Shoule Marie in 1964 and Bijan David in 1966. Pat worked many years for Bank of America. During which time she worked at several of the local branches, the longest of which was the branch in Rio Del Mar. She later went to work for a fraternal Portuguese organization the U.P.P.E.C where she served as Supreme Treasurer until her retirement in 2003.

As her family was very involved in the many Portuguese organizations, it was only appropriate that as a young girl she served as Queen at the local Festa held annually as part of the C.P.D.E.S celebration. Self-described as a “shy quiet girl”, as a child Pat enjoyed playing outside with her animals. Having animals all her life, she loved little dogs best. Pat was very dedicated to her family and found her greatest joy spending time with them. During her years at the bank, her father Al would often take her to lunch, a time with her dad that she cherished. Her brother Fr. Albert Wayne Marshall a Salesian Priest was her best friend and confidant, she often sought guidance and counsel from him. In more recent years she began attending 49er games with her son. She attended 62 home games and enjoyed learning about the game, the players but mostly the time spent with her son. Pat loved to travel and as a young mom would take her children on regular summer vacations. She later began taking trips and cruises with her mom and aunt. For the past 15 years she enjoyed trips to Cabo San Lucas with her son David. She made her final trip in July of this year. Pat was a loving and devoted mother and grandmother who spent her life supporting and caring for her family.

She was diagnosed with breast cancer in 2013. With her strong will, tremendous faith and an excellent medical team of Dr. Michael Yen and Jessica Santillano she was able to enjoy an additional eight years. Pat was a devout Catholic and attended Mass weekly. She supported many religious organizations and loved to pray the Rosary which she and her son did many times as she sustained her fight against cancer. Her faith and Portuguese heritage shaped much of Pat’s life. She took up water aerobics as her recovery began. She joined a ladies group called the “Mermaids” who gathered at the community pool and she continued her exercise routine from then on.

She is survived by her children, Shoule Marie Teherani and Bijan David Teherani; her granddaughter, Victoria “Tori” Anne Bean. She was preceded in death by her parents, Albert J. Marshall and Elizabeth “Elsie” B. Marshall; her brother, Fr. Albert Wayne Marshall and her former husband, Al Teherani.

A Mass of Christian burial will be celebrated at Villa Maria Del Mar, 21918 E. Cliff Dr., Santa Cruz, CA on Monday, October 11, 2021 at 9:00 am. The holy Rosary will be recited beginning at 8:45 prior to the start of Mass. A private interment will follow at Holy Cross Catholic Cemetery in Santa Cruz. Arrangements are under the care of Benito & Azzaro Pacific Gardens Chapel. To express your condolences or share a memory with Pat’s family, please visit www.pacificgardenschapel.com. In lieu of flowers, Masses said in Pat's memory are preferred at Our Lady Star of the Sea Church or the Villa Maria Del Mar.

To send flowers to the family or plant a tree in memory of Pat Teherani, please visit Tribute Store
Monday
11
October

The holy Rosary will be recited beginning at 8:45am at Villa Maria Del Mar before Mass