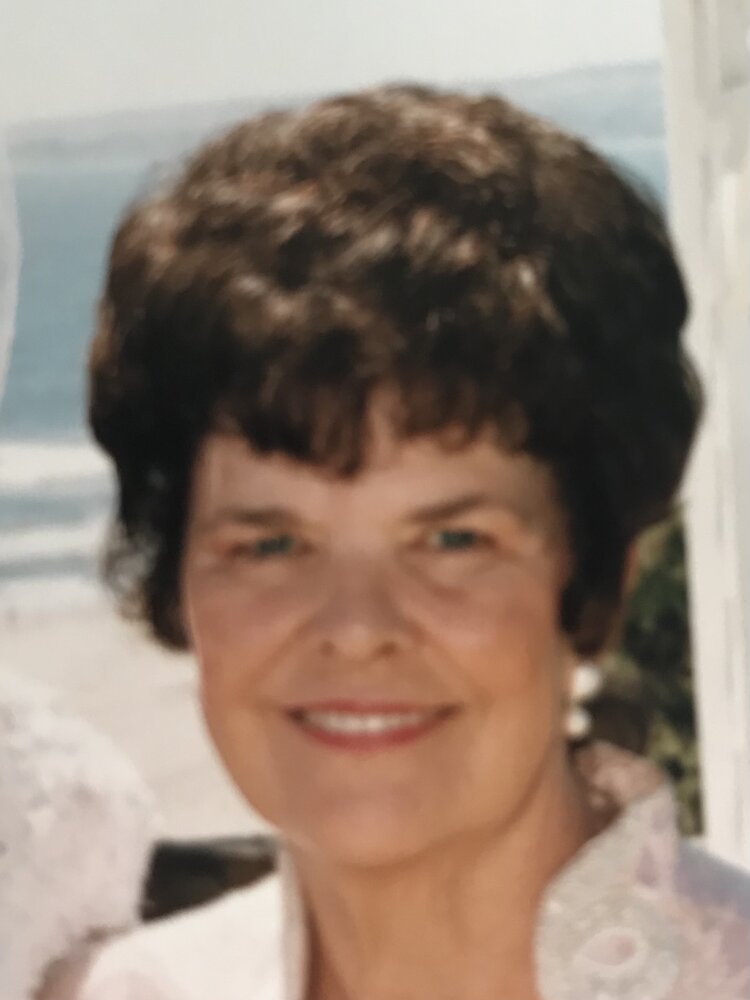 Patricia Ann Martin (Douglass) was born on November 16, 1932 in Santa Clara Valley.  She was raised in Santa Clara with her older sister Zada Miller.  She went to Santa Clara High School where she was a cheerleader.  After graduating from high school in 1950, she married Thomas Martin in 1951.  They had 5 children and in 1976 moved from Campbell to Aptos.  She lived in Santa Cruz County for over 45 years.

She was a happy homemaker and family was the most important thing in her life.  She decorated for every holiday, enjoyed knitting, antique shopping, watching musicals, and collecting anything Disney (her favorite Snow White).  She was a fairytale princess, beautiful inside and out.  Always treated people with kindness and generosity and the best friend you would want to have.  Her favorite saying was, “Love you more!”

In the 80’s, she worked at It’s a Small World clothing store in the Deer Park Center in Aptos and years later at the Capitola Inn.

She peacefully went to rest on November 3, 2021, two weeks before her 89th birthday.

We’ll miss her most.

If you would like to share your reflections and condolences with her family, please visit the Benito and Azzaro homepage.

Donations can be made to the American Cancer Society.

To send flowers to the family or plant a tree in memory of Patricia Martin, please visit Tribute Store