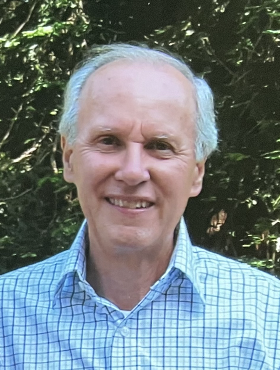 Donald Brusato passed away at home on Dec 6th, at the age of 77, surrounded by his loving family.  Born in San Jose, CA he attended San Jose High and San Jose State University.  He was drafted into the army before he was able to complete his college education.  He was a sergeant in the army Signal Corp in charge of telecommunications stationed in Germany.  Upon discharge he returned to San Jose State and obtained his degree in electrical engineering.  It was there he met his future wife, Marian.  They were married in 1976 and settled in Campbell where they raised their family.

Don worked for PG&E in distribution and power for 41 years before he retired in 2011. He was an audiophile. He was passionate about high fidelity sound reproduction. He enjoyed all types of music including instrumentals, jazz, classical and rock & roll.  Don was known as ‘the question man’ as he was always asking questions and wanting to learn as much as possible. He was a hard worker. He was very precise and took great pride in everything he did.

Don will be dearly missed by family and friends.  He is survived by his wife of 45 years, Marian, his son Michael, daughter Lisa, grandson Alexander, and his brother Richard. A memorial service will be held on Saturday, Jan 8, 2022 at Benito & Azzaro Pacific Gardens Chapel, 1050 Cayuga St, Santa Cruz, CA beginning at 11 am. A private committal at sea will take place at a later date. In lieu of flowers, donations in Don’s memory may be made to the Leukemia & Lymphoma Society at givenow.lls.org or mailed to PO Box 22324, New York, NY 10087.

To send flowers to the family or plant a tree in memory of Donald Brusato, please visit Tribute Store
Saturday
8
January

Share Your Memory of
Donald
Upload Your Memory View All Memories
Be the first to upload a memory!
Share A Memory
Send Flowers
Plant a Tree