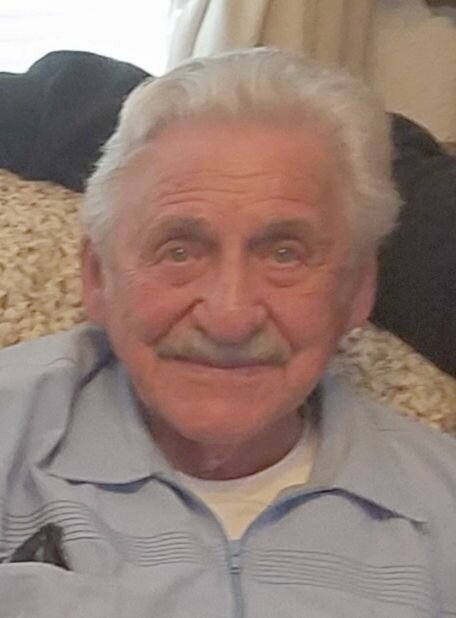 Our cherished, father, grandfather and great-grandfather Paul Frank Quilici was welcomed into the arms of our Lord on December 18, 2021 of natural causes at the age of 97 in Placerville, California. He is survived by his loving daughters Marie Wagnon (Michael) and Suzanne Clough (Bradford), grandchildren David Krell (Josephine), Ryan Krell (Rosemary), Drew Clough (Rachel) and Laurel Clough and eight great-grandchildren, Alexis, Xavier, Alvino, Auroura, Aurelia, Nazareth, McKenzie and Abigail.

Born in San Francisco, and a longtime resident of Santa Cruz County, he attended the one room Agua Puerca School at Davenport Landing on the north coast along with his future wife, Norma. Paul was a graduate of Santa Cruz High School. Paul served his country in WWII in the US Navy from 1943 to 1946.  He served aboard the USS YMS-48 Motor Minesweeper. The USS YMS-48 was sunk by a shore battery on February 14, 1945 at Corregidor at the entrance to the North Channel between the Bataan Peninsula and Corregidor Island during a mine sweeping operation.  Paul was in the water approximately one hour and was grateful to be rescued up by the USS Fletcher (DD-445). There were three lost and fourteen wounded, but Paul was fortunate to not have sustained any injuries.  Paul accumulated 25 years of active duty and reserve time, a combination of active duty in WWII, U.S. Navy Reserve and RMCB-2 Active Reserve, the Seabees. He retired with a Navy pension.

Paul retired after 41 years of service with P G & E. He started his career with P G & E in San Francisco and worked in Moss Landing, Santa Cruz and Cupertino.  He held positions as a truck driver, patrol man and working foreman.

Paul enjoyed fishing, model railroading, and spending time with his children, grandchildren and great-grandchildren.  He enjoyed working on projects in this shop. His grandchildren all thought, “if Nonno (grandfather in Italian) couldn’t fix it, it couldn’t be fixed!” He had quite a collection of small steam engines which he built himself, including the machining of all the necessary parts. Paul was an avid bowler, he and his wife Norma, bowled together in numerous bowling leagues.  On August 27, 2008 at the age of 84, Paul bowled a 278. He opened the first frame and then bowled eleven (11) strikes in a row.

Paul was a parishioner of Holy Cross Church, a member of the Italian Catholic Federation and the Elks Lodge. Paul moved to El Dorado County three years ago with his beloved wife of 68 years, Norma Garbini Quilici to be near their family in Diamond Springs and Folsom. She preceded Paul in death on May 15, 2021.  The Mass of Christian Burial will be celebrated on January 13, 2022 at Holy Cross Church (126 High Street in Santa Cruz) beginning at 11 a.m

Memorial gifts can be made to the American Cancer Society or your favorite charity.

To send flowers to the family or plant a tree in memory of Paul Quilici, please visit Tribute Store
Thursday
13
January