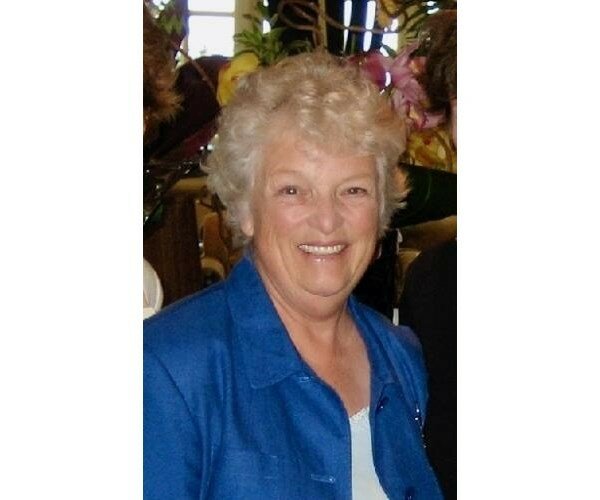 Laurann (Lara) Kahler, recently of Scotts Valley CA, passed away at home of natural causes on Saturday, June 18, 2022. Lara was born on June 9, 1936, in Chicago, Illinois, to Yvonne and Joseph P. McGovern. She was a beloved mother, grandmother, and sister, as well as a treasured friend and teacher.

Lara's mother preceded her in death in 1948, when her father moved the family to the Hotel Westlake in Rocky River, Ohio, which he managed and where they resided. She went to St. Christopher School and St. Augustine Academy. She attended the College of St. Mary of the Springs in Columbus, Ohio (now Ohio Dominican University), before marrying and raising her family.

As her children grew, Lara continued her lifelong pursuit of education and dedication to a career of teaching. She attended Cleveland State University in Ohio, and when she relocated with her family, California State University, Sacramento. She ultimately obtained a Master's of Arts degree in Education from the University of California, Berkeley. Her over 30-year career included education for the hearing impaired at Lakewood High School, in Ohio, early childhood education in Sacramento, and elementary school education as a certified reading specialist at schools throughout Monterey County.

After earning her Master's Degree, Lara moved to her treasured Seaside home, surrounded by family heirlooms, beautiful collectibles, and two patios. She often said she raised children and flowers. Throughout her life, she enjoyed travel and culture (especially Shakespeare and San Francisco Opera), and both creating and appreciating art.

In retirement, Lara served as a volunteer with the Blind and Visually Impaired Center of Monterey County. In recent years, she resided in Brookdale Scotts Valley, where she was a consummate trivia player and avid crossword puzzler. Known for her wit, humor, and infectious smile, Lara was a vibrant contributor to the community as an energetic volunteer and resident advocate.

Lara is survived by her four loving children: Karen (William Nelson), Linda (Michael Runeare), Terri Anne Cooper, and Christopher (Catrina), as well as her beloved grandsons, Matthew Kahler and Cameron Joseph Cooper. Also surviving her are her former husband Charles D. Kahler, Jr., her three cherished brothers: Dennis McGovern, Terrence McGovern, and William McGovern and their families, and cousins and their families. Lara will be honored with a Memorial Mass on Friday, August 26, at 10:00 a.m. at Holy Cross Catholic Church in Santa Cruz, CA.

Expressions of condolence to the family may be made on the website Tribute Wall. In lieu of flowers, contributions may be made in Lara's memory to The Blind and Visually Impaired Center of Montery County.

Share Your Memory of
Laurann
Upload Your Memory View All Memories
Be the first to upload a memory!
Share A Memory