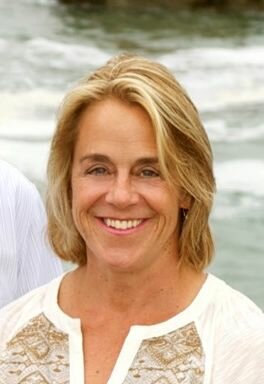 Helene Bouchard passed away on August 8, 2022 in Santa Cruz, surrounded by her loving husband, children, father, brothers, sister, and nephew.

Helene was born in Salina, Kansas, where her father was a captain and pilot in the US Air Force. She grew up in Upstate New York, and later in Nashua, New Hampshire. She attended the University of South Florida near Tampa where she graduated with a degree in industrial engineering. A few years after graduation, she moved to Santa Cruz to join the then fledging Santa Cruz Operation (SCO), where she rose through the ranks and became Vice President of Manufacturing.

She retired from a successful career in technology to focus on raising her daughter and twin sons. She was introduced to CrossFit where she met Jim Baker who became her trainer and mentor, to eventually become a trainer herself and co-owner of CrossFit Santa Cruz Central.

Helene is survived by her husband Louis, her daughter Marielle, her sons Christian and Luc, her father Frank V. Mann, her mother Georgette Hippauf, her brothers Frank Mann Jr. and Rick Mann, and her sister Jackie Mann.

A Celebration of Life will be held at CrossFit Santa Cruz Central, located at 2650 Research Park Drive in Soquel, California on Sunday, August 21 at 10:30AM.

In lieu of flowers, contributions may be made in her name to City Limits Ranch in Watsonville, or to Hospice of Santa Cruz County. Please consider donating blood if you are able to.

To send flowers to the family or plant a tree in memory of Helene Bouchard, please visit Tribute Store
Sunday
21
August

Share Your Memory of
Helene
Upload Your Memory View All Memories
Be the first to upload a memory!
Share A Memory
Send Flowers
Plant a Tree