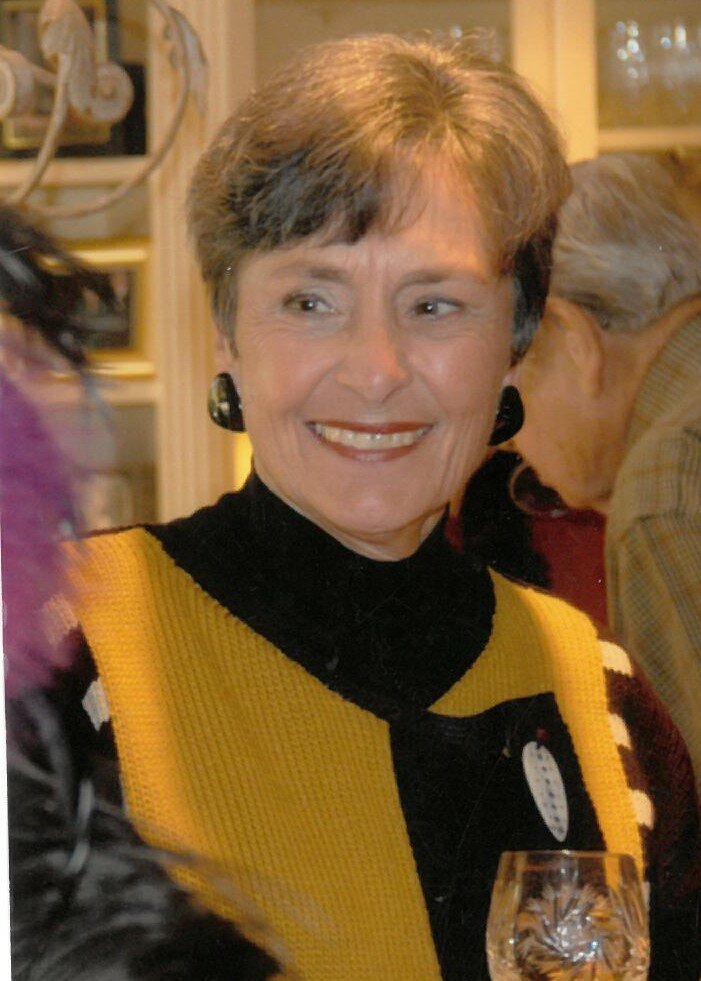 Cynthia Rees, a champion of underserved children, passed away on December 4,2022 with Burt, her husband of sixty years, by her side. In her 82 years, Cynthia built alegacy of dedication, philanthropy and friendship that speaks to a steadfast character.Cynthia dedicated her energies to improving the lives of others, most notably as a partof the founding class of advocates for CASA of Santa Cruz, a local non-proft whose volunteers work to protect local children victimized by abuse, neglect or abandonment. “When the kids needed help Cynthia was always the frst person to put up her hand,“ said Lynne Petrovic, executive director of CASA. “For thirty years she jumped in willingly to give these kids a better life, from founding the Circle of Friends to stuffnghundreds of envelopes and writing thank you notes. Cynthia believed to her core thattaking care of children is both a duty and a privilege, she always led with her heart.” In addition to serving as an advocate, Cynthia founded the Friends of CASA (CourtAppointed Special Advocates) in 1992 to raise much-needed funding for the organization and served on their board faithfully for thirty years. The Family Service Association of the Central Coast recognized her as both donor and volunteer at the Daisyfor a similar thirty year stint. Her remarkable record of community service also includesadvocacy and support of Women’s Educational Success (WES) at Cabrillo College, andthe Cabrillo College Foundation. Cynthia was born in San Francisco on August 10, 1940 to Everett and Barbara GrahamCottrell. Her father was a timber and cattle and rancher who worked land bought in1865 by Barbara’s Scottish grandfather, Hugh McClellan. All the way through the eighthgrade, Cynthia walked down the road from the family ranch to school. The one-roomBuck Mountain School stood on land that had been donated by her father, who felt itwas important to make school accessible to the children of seasonal mill workers inHumboldt County. His belief in the value of education, and the sense that all childrendeserve the opportunity to learn, had an impact on Cynthia, who enjoyed tutoringyounger students. Denied admission to Stanford University, Cynthia went to the University of California,Berkeley, where she majored in child development and met another disappointed Stanford hopeful in her classmate, Burton Rees. The two were married on June 30, 1962and honeymooned at Yosemite’s iconic Glacier Point Hotel, which burned to theground seven years later. By that time, Burt and Cynthia had moved to Santa Cruz andstarted a family. In addition to raising their two children, Cynthia taught at Bay View Elementary from1983 to 2001, partnering with dear friend Sharon Bedell, who also teamed up withCynthia for thirty years of round robin bridge, raising money for the Visiting Nurse’sAssociation. In the early eighties, she and Kay Zwerling founded Thursday’s Child Auxiliary, a non-proft preschool for autistic children, which closed after three years due tolack of funding. Her next non-proft commitment, and the organization she was mostproud to have been a part of, was CASA of Santa Cruz. Cynthia Rees was in the founding class of advocates for the Santa Cruz chapter with Dale Johnson, June Smith, andAnne Wyant. Remarking on the organization’s 25th anniversary, Cynthia and Anne,both educators, said CASA was, “a wonderful opportunity to continue to serve children.” Over the years Burt and Cynthia traveled extensively, visiting dozens of countries, including tours with the Nature Conservancy, the History Forum and UC Berkeley. It wason one of the Cal trips that they had the opportunity to trace the Route of the Celts,from the Scottish Inner Hebrides to the beaches of Normandy, with David Eisenhower,grandson of Ike, as their insightful tour guide. An avid tennis player for forty years,Cynthia supported the athletic endeavors of her children as well, driving to twice a day5:30AM and evening practices, to swim meets, water polo games and fundraisers forthe Santa Cruz Aquatic Team. Cynthia Rees leaves behind a legacy of unwavering support for the organizations andpeople she believed in. From establishing a local chapter and fnancial support forCASA, to working for access to education at every level, she was a steadfast contributor. Her children and grandchildren knew her as a tireless champion, cheeringfrom the side of the pool, the other end of the phone and across the table at their annual Slanted Door dinners. Lucky was the friend or neighbor on the receiving end ofher carefully organized distribution of Burt’s summer tomatoes and produce. She improved the lives of so very many people, and will be dearly remembered. Cynthia is survived by her husband of sixty years, Burton Rees, their son, Robert Reesof Walnut Creek, daughter, Kimberly Van Anda of Reno, and grandchildren Kalle andWyatt Bailey and Evan Hyun Kyu Rees. She is preceded in death by her parents, abrother, Graham Cottrell, and a sister, Carolyn Cottrell Willits. She is also survived bysisters-in-law, Gloria Cottrell and Melody Clarkson; and nieces Leslie Moore, BrookHubner and Karen Clarkson, and nephews Scott and Brent Willits. A Memorial Celebration will be held in the frst week of March 2023; please visit Benito & Azzaro Pacifc Gardens Chapel website for further information. In lieu of fowers, the family welcomes contributions in her honor to CASA of SantaCruz County, 813 Freedom Blvd., Watsonville, CA 95076. Or online at: casaofsantacruz.org/donate

To send flowers to the family or plant a tree in memory of Cynthia Rees, please visit Tribute Store

Share Your Memory of
Cynthia
Upload Your Memory View All Memories
Be the first to upload a memory!
Share A Memory
Send Flowers
Plant a Tree