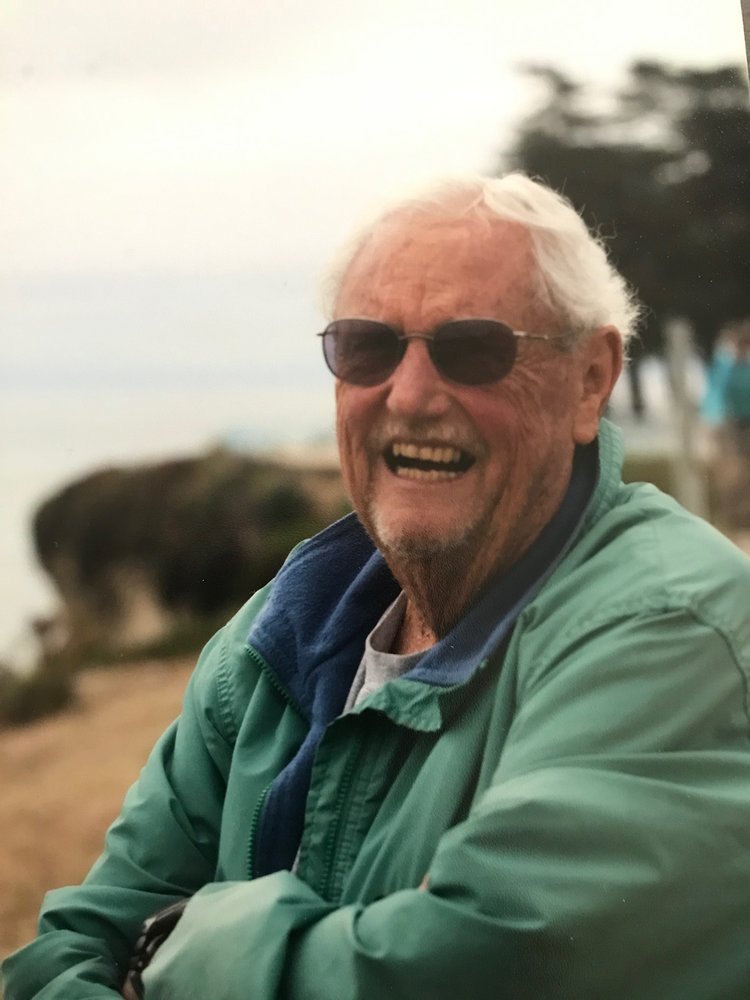 Alfred Jean Mitchell was born on the corner of West Cliff Drive and Bay Street at Sister’s Hospital in Santa Cruz, California on February 10th 1936. He was the youngest of 6 children from the family of William Earl and Clara Mitchell. Al passed away peacefully from natural causes on 07/25/2020 at Dominican Hospital in Santa Cruz.

He graduated Santa Cruz High in 1954. He became a United States Marine after graduation serving for 3 years stateside. He then attended San Jose State and graduated in the early 1960’s.

Al spent his summers as an ocean lifeguard working at Castle Beach (Seabright) for the State  Parks, before the Harbor was built. He also worked at the Santa Cruz Main Beach in the 1950’s through the 1980’s. He was the Santa Cruz City Lifeguard Supervisor in the 70’s and 80’s. He loved to throw the BBQ at Harvey West Park following the annual Rough Water Swim (Wharf Swim). Al Mitchell was highly active in the Lifesaving community his entire life. It was his true passion. He introduced the highly popular Junior Lifeguard program to Santa Cruz in 1966, with the vision to help the local youth be comfortable and competent in the ocean environment. He also brought forth many of the modern day professional lifesaving practices still utilized today by the City Lifeguards.

At the same time, Al was employed full time by the Santa Cruz City Schools and worked as an Industrial Arts teacher at Mission Hill Junior High his entire career. He was known to many decades of students as “Mr. Mitchell”. He taught for over 35 years and influenced hundreds of people.

Al was also known as one of the few surfers in Santa Cruz in the 1950’s. He learned at Cowell’s Beach in the time before wetsuits and leashes. He was fond of surfing The Hook, Steamer Lane, and of course his namesake wave Mitchell’s Cove, which is located down the street from where he grew up. Al loved the ocean rain or shine, and especially the view from the Municipal Wharf. He could often be found enjoying the views and camaraderie inside Gilda’s restaurant or checking the waves along West Cliff Drive in his free time when he wasn’t tinkering on some project at home. He was also an avid artist and old car enthusiast.

Big Al is survived by his loving wife of 60 years, Ruth Ann, his children Eric (Alison), Nick (Amy), and Kirsten (Josh), 9 grandchildren and numerous nieces and nephews. He was preceded in death by his parents, and all siblings.

At this time no memorial or paddle out is scheduled due to Covid 19 restrictions. Please remember him. Celebrate in small groups with community safety in mind. He'd like that.

In lieu of flowers, any and all donations should be made to the Santa Cruz City Junior Lifeguard scholarship fund in his honor or the charity of your choice.

To send flowers to the family or plant a tree in memory of Al Mitchell, please visit Tribute Store