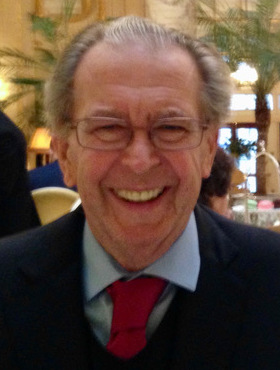 Buchanan Sharp was born in Dumbarton, Scotland on September 25, 1942 to Elizabeth Sharp (nee McFadyen) and Francis Sharp. His early years were spent roaming the vales with cousins and friends, attending John Ford cowboy movies with his beloved grandfather McFadyen, who also taught him to recite the poems and songs he performed at Halloween to earn treats. As far as Buchanan was concerned, he lived an idyllic life. Everything changed in 1955 when his family emigrated to America to escape the postwar depression, settling in Oakland, California after a hot, muggy year in New Jersey. He attended Castlemont High School in Oakland and would often come home in the afternoon to watch 1950’s era Rock n’ Roll on American Bandstand with his mother.

Having excelled in school Buchanan started at UC Berkeley (UCB) at a young age, nearly failing his freshman year playing more pool than studying. Accidently taking a history class taught by his future mentor and PhD advisor, Thomas Barnes, Buchanan was hooked forever. He graduated UCB with a BA degree in history, January 1964; earned a master’s degree at the University of Illinois, June 1965; and a PhD in history from UCB, December 1971. His 40-year teaching and research career at UCSC was launched when he was hired before he even completed his dissertation. Buchanan became a naturalized citizen in August 2016; he voted in only one national election, but he had a deep knowledge of American politics and if asked, would give a thoughtful, informed opinion.

Buchanan Sharp was admired—and loved—by colleagues who knew him well. To a wider circle of acquaintances he was a blunt, plain-spoken Scot whose integrity, fairness, good judgement and clarity of mind became almost legendary at UCSC. A dedicated citizen of the university community, he was widely respected and over the years he was repeatedly asked to assume key administrative responsibilities, including chair of the history department and acting dean of humanities. He also served systemwide as one of the editors for UC Press—a position he absolutely loved.

Buchanan was as generous to the institution that he served as he was in his personal life to family and friends. His unselfish devotion to the collective enterprise enriched the entire community. Although Buchanan liked to describe himself as a “parish pump” historian, his range as a teacher was broad. He taught early modern Europe, medieval English history, Dutch and Scottish history, as well as a co-taught course in early California history and literature that included field trips to mining towns in the Sierras.

Buchanan devoted his research career to the exploration of popular unrest in late medieval and early modern England. His first work, In Contempt of All Authority. Rural Artisans in the West of England, 1586-1660, appeared in 1980. It was a study, based on massive archival research, of an important phase in the long history of food riots and anti-Enclosure riots in early modern England. In his final work, Famine and Scarcity in Late Medieval and early Modern England (2016), Buchanan drew on his earlier essays and linked the study of popular responses to food shortages to a detailed analysis of the role played by the Crown and by large cities in the management of grain supplies and the regulation of the grain trade. A prominent Oxford University historian described the book as “an indispensable source for historians working on every aspect of medieval and early modern market regulation. And any search for the origins of the moral economy of the English crowd will have to start here.”

Buchanan met his wife Meg Lilienthal in the history department at UCSC—they were best friends and soul mates in a deeply loving partnership. Throughout his life Buchanan enjoyed camping with his family, fly fishing with his son and duck hunting with his dad. He was a kind, indulgent and patient father. Every summer the annual camping trip seemed to involve car trouble, but he always took care that the family had a nice time despite the inconvenience and never let his frustration show. He was a tall powerful man in his prime who could wield a chain saw, use an axe, build a fire despite a summer down pour, and cook a fantastic steak.

While contemplating his many projects, Buchanan liked to engage in simple activities like chopping wood and beachcombing. He was an avid recycler and was especially dedicated to neighborhood and beach clean-up. And the Scots in him loved the profits he earned for recycling.

He had a passion for symphonic music and theatre, especially Shakespeare history plays. He was not just a Shakespeare enthusiast but a shrewd commentator also. He was always available to help other academics understand nuances and issues within the texts, especially relating to matters of law and social custom. He was also very good at talking about Shakespeare to general audiences. The Saturday Shakespeare Club of Aptos frequently invited him to speak if they were studying history plays.

Those of us who let him go are his wife Meg Lilienthal, his children Duncan Sharp and Heather Cortez and their spouses Renee Sharp and Anthony Cortez, and grandchildren Gwen and Graham Sharp and Sharar Muir. He is survived by the mother of his children Jeannine Blazzard, his very dear cousins in Scotland Dorothy Swan (Gordon) and Ian Walls (Aileen). He also leaves his Alaskan in-laws Annie and Rob Wiard, Richard Lilienthal (Margie), Santa Cruz and Chip Lilienthal, Santa Fe; and his valued colleagues and devoted friends from UCSC. In the words of a friend, “Buchanan had so many sterling qualifications: a quick intelligence and a sharp wit combined with kindness, tolerance and generosity of spirit.”

The family thanks the staff at Aegis of Aptos for their dedication in caring for Buchanan in often intense situations, and for their love and respect, addressing him as Professor Sharp. We express gratitude to Hospice for the care and comfort he received in his last days. At Buchanan’s request there will be no memorial gathering.

Buchanan Sharp died of Covid 19. In lieu of contributions the family asks that you take care of yourself and others by wearing a face covering and respecting social distancing.

To send flowers to the family or plant a tree in memory of Buchanan Sharp, please visit Tribute Store

Share Your Memory of
Buchanan
Upload Your Memory View All Memories
Be the first to upload a memory!
Share A Memory
Send Flowers